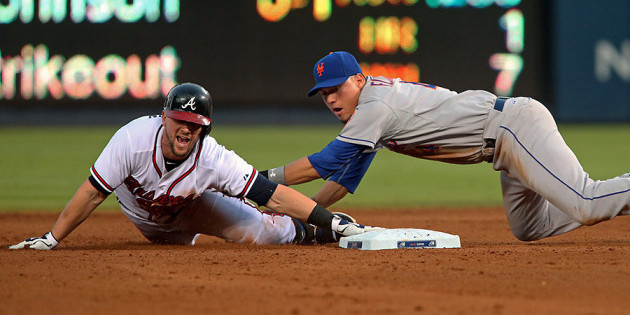 ATLANTA — In a surprise to no one, the Atlanta Braves were eliminated mathematically from playoff contention Sunday. They lost 5-1 to the New York Mets.

However, that’s not all that’s slipping away from the Braves this year.

In a season that started with the opening of Suntrust Park in Cobb County, the Braves were popular once again, drawing more fans than in several years at Turner Field, their previous home.

But, unless they win their final 14 games, it’ll be another losing season for the franchise. That would be their fourth consecutive losing season, something the franchise has not had to endure since the conclusion of the 1990 season. The next saw the “worst to first” season of 1991, leading to a World Series appearance, a loss to the Twins in dramatic Game 7 fashion, and the start of a run of 14 straight division titles.

Sunday’s loss to the Mets was the 41st at new Suntrust Park for the season.