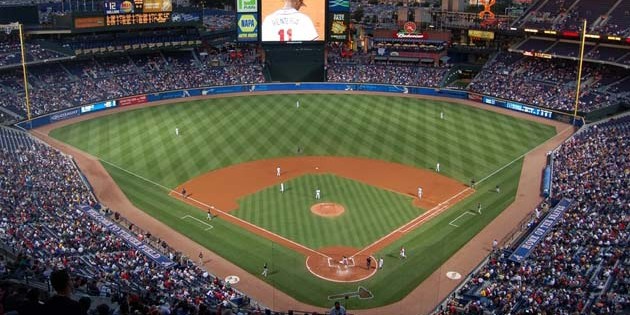 ATLANTA — File this one under ‘C’ for curveball.

“It was a hard thing to do,” John Hart, Braves president of baseball operations said of when he informed Kimbrel. “He was just a consummate professional. This is a guy, you want him to be your son, you want him to marry your daughter.

“He’s just an outstanding young man. He was very respectful of the opportunity to play for the Braves; he love loves the Braves. He understands the dynamic. He was just absolutely professional and classy.”

For good measure, the Braves have acquired the 41st pick in (presumably) the 2015 MLB Draft.

And regarding Melvin Upton, who’s currently rehabbing from a foot injury during spring training, he’ll be reunited — again — with younger brother Justin Upton, who was dealt to San Diego a few months ago.

Unloading what’s left of the elder Upton’s contract had its place in dealing Upton, who struggled mightily in Atlanta. Upton inked a five-year, $75.25 million contract in 2012 — it was the largest free-agent deal in franchise history — and proceeded to hit .198/.279/.314 in a Braves uniform with 21 home runs, 61 RBI and 324 strikeouts. He set a team record with 173 whiffs last season.

The Braves are expected to designate Quentin for assignment — a move that Hart did not shoot down — and would be responsible for the $8 million he is owed this season.

As for where this leaves Atlanta’s bullpen, they’ll likely look to winter acquisitions Jason Grilli and Jim Johnson. Both are former All-Star closers, with Grilli saving 33 games in 2013 with the Pirates, while Johnson posted back-to-back seasons of 51 (’12) and 50 (’13) as a member of the Orioles.

While both have experience, Hart admits it won’t be easy replacing Kimbrel, the National League’s leader in saves the past four seasons. In that span he has 48 more saves than anyone else and a 1.51 ERA.

“There’s no question this puts a hole in our bullpen,” Hart said.

And it adds another wrinkle in an offseason that has already seen Atlanta trade a number of popular players in Jason Heyward, Evan Gattis and Justin Upton.

“I understand completely the fans piece of it,” Hart said. “I know that there’s going to be a lot of unhappy fans because of this.”