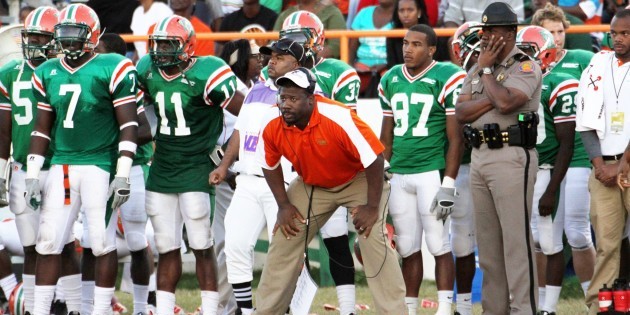 The suit named the institution and board of governors on Monday.

In an interview with WCTV, Holmes stated his issues with FAMU, a school from which he graduated, played football, and was elected to the school Hall of Fame.

“I’m just looking for some closure to be honest with you. Everything happened over night, regardless of it was personal or not. To me it’s not personal; it’s business. I appreciate everything FAMU has done for me…but at the end of the day we’ve got to do the right thing,” Holmes said.

The suit claims a breach of contract, good faith and fair dealing as well as fraud in the inducement and negligent misrepresentation.

Holmes was named interim head coach in November of 2012 and was then given a four-year contract as head coach in February of 2013.  Less than 2 years later, the week of homecoming, Holmes was terminated.

“You give him less than two years, terminate him, and don’t give him an opportunity. You haven’t been fair to him. You can terminate him, but you have to pay him,” Jansen told WCTV.