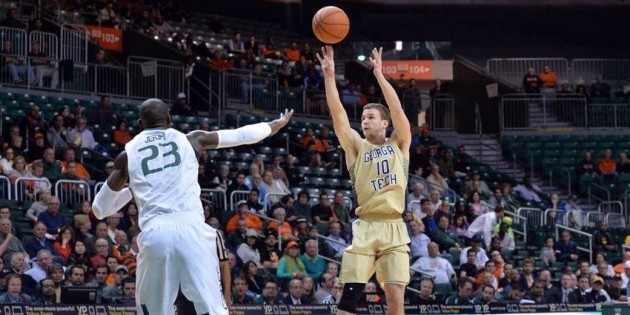 CORAL GABLES, FL — Desperate for a win after a succession of narrow losses, Georgia Tech broke out with a blowout.

Marcus Georges-Hunt scored 24 points, and the Yellow Jackets earned their first Atlantic Coast Conference victory of the season by upsetting No. 23 Miami 70-50 on Wednesday night.

Six of the Yellow Jackets’ losses in the league have been by fewer than eight points, but this time they were in control from the start. Tech made seven consecutive shots to lead 15-4, and Miami was never closer than six points after that.

“It was all smiles,” Georges-Hunt said. “Every time we huddled up, it was something positive. It just felt like we were having a lot of fun out there.”

“We can compete with anybody in the country, in our opinion,” Georges-Hunt said. “We stayed positive. You stick together as a family. You keep your head up and keep fighting.”

The Yellow Jackets shot a season-high 57 percent, well above their season average of 41 percent, in part because they repeatedly drove inside for easy baskets. They scored 34 points in the paint.

Miami (14-6, 4-3) lost at home while ranked for the third time this season, with each defeat coming against an unranked team. 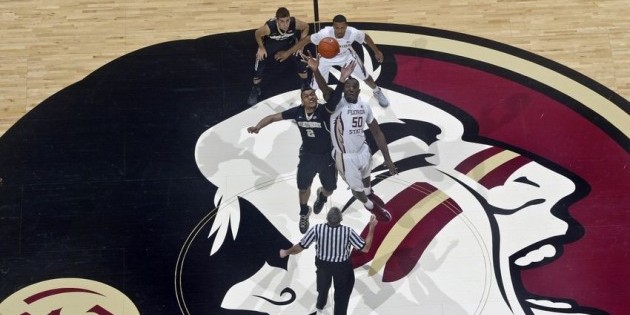 TALLAHASSEE — Florida State leaned on a pair of freshmen — for points and minutes — in a double overtime win.

“We had to fight, claw and scratch and scratch and claw just to win a double overtime game,” FSU coach Leonard Hamilton said. “We were very fortunate to come away with a victory tonight.”

Rathan-Mayes played a season-high 47 minutes, while Cofer notched 37 minutes. Both freshmen provided energy to a team that desperately needed a spark — at first in the second half and then in the overtime periods.

“They’re growing up,” Hamilton said. “They’re learning. It shows that they have ACC potential.”

Codi Miller-McIntyre scored 25 points and Cornelius Hudson added 18 for Wake Forest (9-12, 1-7), which lost its fourth straight game. The Demon Deacons shot 24 of 70 (34.3 percent) from the floor, including just 8 of 27 from beyond the 3-point arc.Hudson was the exception for Wake Forest, coming off the bench to make a season-high five 3-pointers.