Home /Latest News/Wisenbaker > Obama and Ferguson: Grievance First, Order Last and the Show must go On
Share with friends 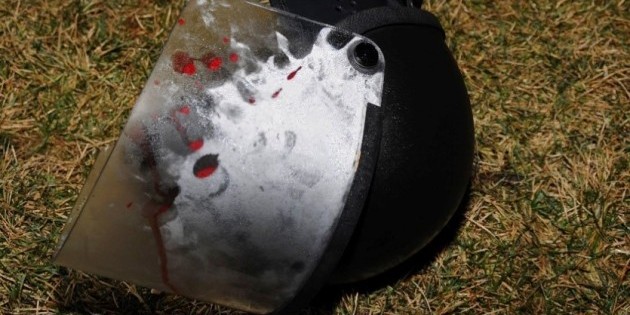 On the same day that the two Ferguson, Missouri, police officers targeted in an assassination attempt were released from the hospital, the President of the United States of America, Barack Hussein Obama, pulled a schicht on ABC’s late night comedy talk show hosted by Jimmy Kimmel. While on the set, Obama offered up a thought or two about the ongoing racial tension in this St. Louis suburb.

The president, of course, was fundraising in Hollywood so he was able to afford the time to share his thoughts on the Ferguson situation with the nationally known comedian. One might recall that he did not have time to meet with the Israeli head of state, Benjamin Netanyahu, when the leader of America’s closest ally in the Mid-East recently visited the United States.

As with all things Obama, the watch word is “expediency”. Since he was all the way out there, he needed to make the most of the Air Force One Express. And if you’re admired, well, then, you simply must make the talk show host scene. While in Rome, do as the Romans, as they say.

Obama’s Kimmel Show appearance was his first one since 2008 so it was time to stop by, chat, and swap a couple of jokes. He breezed into Southern California that afternoon, dropped by the Kimmel Show set, then was whisked off to a venue in Santa Monica located at the home of famed Hollywood talent agent Chris Silbermann for a “just-you-and-me” kind of thing attended by 30-plus admirers. And for just $33,400 per couple you, too, could share a latte or whatever with POTUS.

The contrast of the trip is rather stark. As Obama was rehearsing his script and punch lines while flying over Ferguson from DC to California, the police officers were wheeled through discharge and reunited with their anxious families.

According to Ferguson Police Chief Belmar, the younger of the two officers shot took a bullet in the cheekbone, just below his helmet and right eye, and came to rest behind his right ear, bloodying his helmet along the way. The other officer suffered a gunshot to his right shoulder which, fortunately, exited the same side. As bad as this is, it could have been worse; they could have suffered the same fate as the two NYPD officers who were killed in cold blood last December while sitting in their squad car.

These brave officers were, nonetheless, in the wrong place at the wrong time. According to Reuters news agency, the incident unfolded while protesters were gathered at Ferguson police headquarters to demand more changes in the wake of the resignation of its long-criticized police chief, Tom Jackson, who quit a week after the release of a scathing U.S. Justice Department report that found his force was rife with racial bias. When the officers walked out to take their posts, the shots were fired. A suspect has recently been taken into custody.

What is fascinating is Obama’s take on the assassination attempt. Obama pointed out that the Justice Department’s report described a police department with an attitude toward minorities that was “oppressive and objectionable”. Because of this, he continued, those actions were “worthy of protest”. Finally, he got around to the assault on the uniformed officers, who were there insuring the peace, and declared that “there was no excuse for criminal acts”, as if the shooting of these officers was something akin to stealing hubcaps, shoplifting or smashing a store front window.

Good heavens, men’s lives were at stake that night.

Simply amazing. Then, again, he made these comments “during an otherwise joke-suffused appearance on ABC’s “Jimmy Kimmel Live,” according to the LA Times.

Obama’s initial focus was on the alleged wrongdoing of the FPD, then the validity of the protests, then, and only then, on the shooting. And then he said something most fascinating: “Whoever fired those shots shouldn’t detract from the issue.”

What greater issue is there in a democracy than keeping the peace and respecting the laws put in place to maintain that peace as well as those with a sworn duty to uphold those laws and that peace?

The Justice Department’s report made public the FPD’s activities which the protesters themselves were trying to bring to light. The police chief and others who were in charge at the time these alleged activities took place had already resigned. Steps are already underway to right the wrongs. But this is never enough for the Progressive/Left (or the community organizer) since grievance trumps order.

And it is clearly a low water mark for the presidency when the holder of that office puts more emphasis on the validity of a protest than on the lives of those insuring that those protesting can do so safely and in peace.

(A brief note of disclosure: My father served on the Valdosta, Georgia, police department as a young man right out of the military following WWII as a “beat cop”. Years later my mother served for several years as the executive assistant to that department’s chief of police in the late 80’s thru the mid 90’s. And while I am aware no organization, public or private, is perfect or immune from criticism and error, I know the Valdosta Police Department has always been staffed with some of the most selfless public servants I have ever had the honor of knowing. And they, like all the other law enforcement agencies throughout this country, are entitled to more respect than that apparently held by the incumbent president.)