Home /Latest News/Falcons > Practices to be Filmed by Drones?
Share with friends 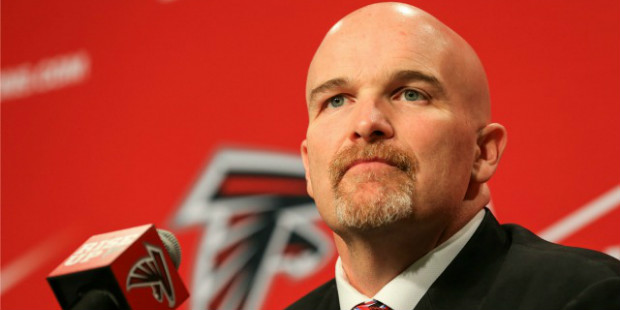 FLOWERY BRANCH — Football drones could be spotted over the skies here soon.

The Falcons are having talks with StriVR Labs, a virtual reality company with software that allows players a 3-D look at live action from practice. The Falcons are very interested in the new technology, but have not reached an official agreement with the company, according to the firm.

If a deal is reached, the Falcons would join the Dallas Cowboys as the only NFL teams using a drone to film part of their practices and use virtual reality to help their players improvement.

The Cowboys were turned on to the technology by SMU.

After seeing SMU coach Chad Morris use drones during spring practices, the Cowboys have incorporate the device into their practices as well. So far the drones have only been used during the special teams’ portions of practice.

Back in 2011, the Falcons and Polar USA entered into an agreement to use heart rate monitors to establish work load and peak efficiency times.

“We will always be an organization that will attempt to be on the front end of the learning curve when it comes to nutrition, sports science, and the athletic performance of our athletes,” Dimitroff said at the time of the deal. “Because of the cutting-edge Polar technology, we are now able to closely monitor our players to ensure they perform at a very high level as well as taking the necessary steps to properly recover.” In 2013, the Falcons entered into an agreement with Catapult, an Australian company, to provide them with GPS athlete tracking technology.

At that time, the devices were used by seven other NFL teams to monitor athlete movement and they let the team know how hard each player is working.

In 2014, the Falcons entered into a deal with Sparta Sports Science to develop an athletic performance program based on “force plate” technology.

The Falcons put nearly 100 players, including No. 1 overall pick Jadeveon Clowney, through “force plate” workouts during the 2014 pre-draft process.

Cowboys coach Jason Garrett is a proponent of the drones.

“It’s interesting because it gives you the chance from behind to see all 11 guys on offense and all 11 guys on defense but from a closer angle,” Garrett said earlier this offseason.

“Oftentimes you have to kind of pull yourself away to get the all-22 shot. This allows you to get a little closer so you can coach better. You can see hand placement. You see where they have their feet, where they have their eyes. I think that’s important. You can look at that and coach them better being that much closer to the action.”