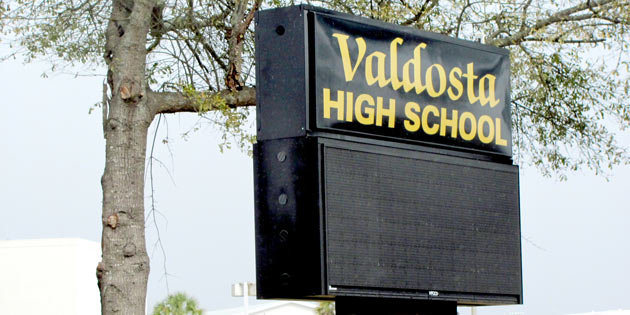 DES MOINES, IA – (February 26, 2018) – The National Speech & Debate Association (NSDA) is proud to announce the finalists for the 2018 Exemplary Student Service Award! These six individuals were selected for utilizing the skills they learned through speech and debate to go above and beyond in their service to their school, community, region, or state. Congratulations to the following outstanding students:

Madison is a senior at Sacred Heart Catholic School. She was nominated by her coach, Monica Salda, for her experience as a TRIAD Service AmeriCorps member. Madison was asked by the group to organize and lead a workshop for individuals with disabilities called SPEAK UP SPEAK OUT. This self-advocacy workshop focused on helping young adults, especially those with disabilities, find their voice. When Madison received the opportunity to coordinate this workshop she was ecstatic, as disability has been a theme for several of her NSDA speech events throughout her high school career. In the summer of 2017, young adults with and without disabilities learned how to tell their stories and how to advocate for themselves.

Jamie is a senior at Lincoln High School. He was nominated by his coach, Jenny Owen, for his leadership at the school paper, his work with the middle school speech and debate team, and his efforts to increase recruitment and retention of members on the Lincoln High School Speech and Debate team. Additionally, Jamie was selected as a finalist for his service over the past three years on a program called Mission: Citizen. Through this program Jamie teaches three-month long courses to 25-30 non-citizens to help them pass the Civics portion of the U.S. Citizenship Test. As the son of a first generation immigrant, Jamie appreciates the importance of the project and is grateful to serve as a teacher.

Patrick is a senior at Valdosta High School. He was nominated by his coach, Pamela Childress. In the aftermath of a series of tornados that devastated South Georgia in January 2017, Patrick went to work at an emergency shelter and later met with the American Red Cross, Valdosta’s Second Harvest, and LAMP Ministries to discuss ways that he and the Valdosta High School Debate Team could help families displaced by the storms. After learning that the greatest needs in our community were hygiene items, Patrick met with his fellow officers on the team to plan the team’s spring service program. They decided to sponsor a hygiene drive at school, which was so successful that it expanded to collect cleaning supplies as well. The drive filled a U-Haul moving van with items to be used in recovery.

Chloe is a senior at Nebraska City High School. She was nominated by her coach, Susanne Williams, for her development of a “Boxes of Sunshine” program that gives gifts to caregivers and for her service on the Nebraska City Community Foundation Youth Advisory Council, a 10-student group that invests grant dollars in the community. Additionally, Chloe is an avid volunteer and spends many hours coordinating blood drives, peer coaching, and teaching dance classes.

Brandon is a senior at Wellington High School. He was nominated by his coach, Paul Gaba. Brandon was selected by Stomp Out Bullying to raise awareness about bullying and cyberbullying prevention by speaking at schools, events in the community, and to the media. Through this program, he has accumulated in excess of 400 community service hours. Brandon has also been active with the Palm Beach County Sheriff’s Office Gang Prevention Unit since 2014, where he coordinates and speaks to elementary school and after care programs about youth violence and bullying.

Suan is a senior at Sumner Academy. He was nominated by his coach, Jamelle Brown. In the spring of 2017, Suan created the Sumner Forum organization which is geared towards providing students and community members with a thoughtful and professional civil dialogue over current social and political views and issues. The Sumner Forum has created a much-needed atmosphere of trust, learning and sharing among individuals from every walk of life in Kansas City, Kansas.

The Exemplary Student Service Award is given annually to a student who serves their school, community, city, region, or state using skills they honed through speech and debate. Coaches or administrators nominate students who uphold the highest standard of service, one of the core tenets of the NSDA Code of Honor, for recognition. The Code states that “A member exercises their talents to provide service to peers, community, and the activity. At all times, a member is prepared to work constructively to improve the lives of others.”

The award winner will be recognized and celebrated as part of National Speech and Debate Education Day on March 2.

About the National Speech & Debate Association