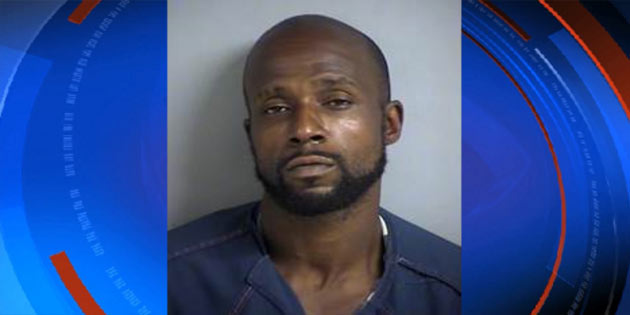 On October 21, 2017 at approximately 1130pm, E-911 received a Burglary alarm signal from the Advance Auto Parts store at 107 N St Augustine Road.  Uniformed officers with the Valdosta Police Department responded to the business and observed that the front glass door to the business had been broken out. The building was searched but the offender was no longer inside, and several pieces of merchandise appeared to have been taken.

Approximately 30 minutes after the initial call, a subject matching the description of the offender was sighted in close proximity to the business jumping a fence in an apparent attempt to avoid officer contact. Additional units were called to the area and the subject was spotted a second time on River Street. The subject was detained until a positive identification could be made. The subject was found to match the surveillance footage and was in possession of the stolen electronics that were reported missing from the business. The subject, now identified as Elliott Chandler, was taken into custody and was transported to the Lowndes County Jail. Arrest warrants for Chandler were presented to the Magistrate’s Court and were signed for
Burglary.

“The Valdosta Police Department will continue to vigorously investigate and prosecute subjects that insist on stealing property from both private citizens and our local businesses. VPD is proud of the investigating officers in this case for not only arresting the responsible subject, but for additionally being able to return the stolen property to the rightful owner,” said Lieutenant Adam Bembry.