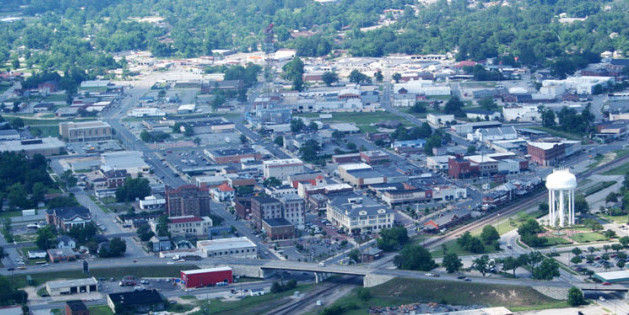 WAYCROSS — A bizarre and tragic case of kidnapping and murder shows how the courage of one woman saved her own life and may have helped locate a killer.

A 911 call to the Ware County Dispatcher at 10:22 last night alerted authorities to a woman who told police she had been shot and locked in the trunk of her car.  Further, a male co-worker had been shot and killed and was also in the car, according to information released by the Waycross Police Chief.

Using information the woman provided, police were able to find and arrest a male only 20 minutes later.  Leon Pugh, 41 if Waycross, was arrested on charges of murder and aggravated assault.  The wounded woman’s efforts are being credited in saving her life and helping apprehend the suspect.

The woman, who has not yet been named pending notification of family, told the dispatcher she wasn’t sure where she was nor how long her phone battery would last inside the car’s trunk.  She was able to escape, despite being injured, and made her way out of the wooded area she was in and got help, according to the report.

She then described the area giving police enough information to launch a search.  The Georgia State Patrol, along with Ware County Sheriff’s Deputies, began searching a wooded area near the 1800 block of Darling Avenue.  Shortly after midnight, a Waycross Police Officer found the vehicle beside a canal in a heavily wooded area about 500 yards off of the road.  The canal is known as Caney Branch.

The site is only about a mile from the suspect’s house at 1404 Hazel Street.

Police found the male victim dead in the car, as the woman had told police.

She was transported by helicopter to the UF Health Jacksonville hospital with several life-threatening gunshot wounds.

The male victim’s body will be sent to the state crime lab for forensics tests and an autopsy, according to the report.

Pugh is reported to be a co-worker of the victims and was given a ride home by them after work on Monday.  Police have not yet established a motive for the shootings.

VHS Volleyball to Host Round…

Vikings vs Packers during senior…