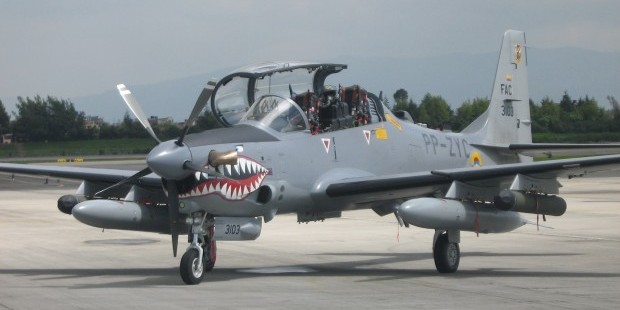 MOODY AIR FORCE BASE — The US Air Force has reactivated the 81st Fighter Squadron, a unit in the 14th Flying Training Wing, based at Moody AFB near Valdosta.

The unit was reactivated through an order by Colonel John Nichols, 14th Flying Training Wing Commander.  The squadron will be commanded by Lt. Colonel Jeffrey Hogan.

Once completed, the aircraft, pilots and ground support team will provide air-to-ground and aerial recon support to Afghan military fighting insurgents in their home country.

This unit’s history goes back to 1942, when it was used as part of US pilot training based in Mississippi.  It was again used in 1973 in Germany.  Further, the US commonly trains allied nations’ air forces, including Norway, Poland, Singapore, the Netherlands and Iraq on based scattered across the nation.

To date, Moody AFB has trained 8 of the 10 Afghan students in the first training class at Moody, according to reports.