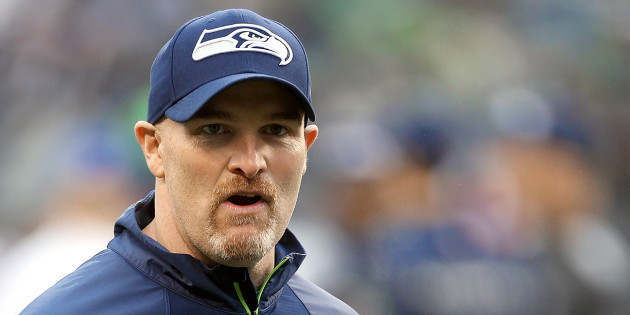 ATLANTA — Atlanta Falcons coach Dan Quinn has a plan for cutting down defensive penalties during the 2015 season.

If the Falcons are practicing, Dan Quinn said they will have an official present.Daniel Shirey/Getty Images
Quinn said he intends to have officials at practice regularly to make sure his players get a better sense of when they cross the line. Last year, the Falcons were whistled for 14 defensive holds and five illegal contacts, the two main points of emphasis in officiating. They gave up 11 first downs as a result of those infractions.

Starting cornerback Robert Alford had four such penalties along with four flags for pass interference in 10 games before suffering a season-ending broken wrist. The penalties accepted against Alford accounted for 100 total yards and five first downs for opponents.

“In terms of playing smart, it’s one thing for us to say as a coaching staff that it’s a penalty, but to have the actual officials at practice each day and they throw the flag, it allows us to emphasize it more,” Quinn said. “It will be a part of our program from here on.”

So how often will the officials come to practices?

“All the time,” Quinn said. “I mean, not like at a walkthrough. But if we’re practicing, we’re going to have an official there.”

The Falcons had officials at their facility during joint training camp practice with the Tennessee Titans last preseason. It is an uncommon procedure during the regular season, although Pittsburgh Steelers coach Mike Tomlin summoned high school officials in-season last year to help his players cut down on a rash of penalties.

Carolina Panthers coach Ron Rivera said having officials at practice was part of the routine when he was the defensive coordinator in San Diego.

“I think it helps,” Rivera said. “Guys can get instant feedback.”

Teams can work through the NFL’s officiating department for practice officials or can hire them independently. In the latter case, teams do not have to inform the league of their intentions.

The fast and physical Seattle Seahawks defense that Quinn coordinated the previous two seasons was believed to be the reason behind the rules emphasis. Last year, the Seahawks were flagged 14 times for defensive holding and a league-best twice for illegal contact.