LOWNDES CO. – The Lowndes BOE approved the addition of four coaches to the Viking football staff.

Shawn Sutton – Coach Sutton comes to Lowndes from the University of Alabama Birmingham where he coached the 2021 football season.  He graduated from McNeese State University and earned his Masters of Educational Leadership from the University of Alabama.  Coach Sutton has been the Assistant Head Coach at several high schools including Hoover (AL) and Colquitt County.  He served as the head coach at Ashville High School in Ashville, AL.  Coach Sutton will serve as the offensive coordinator at Lowndes and he began his duties on April 25, 2022.  He is married to the former Andrea Fant of Hoover, AL.  This is Coach Sutton 36th year of coaching football.

Chris Wade – Coach Wade joins the Viking staff after coaching at Tift County High School for the past 10 years.  He worked with both basketball and football in Tifton, serving as the football offensive coordinator for the past two (2) years.  Prior to going to Tift County, Wade coached at Americus High, South Georgia Technical College, Miami (FL) Dade High School, and Monroe High School.  He has been in coaching for 24 years and is a graduate of Georgia Southwestern.  His wife is Talesha and they have two (2) daughters – Kimora and Alayah.  Kimora is a member of the Lowndes Vikettes girls’ basketball team.  Coach Wade is working with the team during the spring.

Dontavis Sapp – Coach Sapp is a Lowndes County native who attended the University of Tennessee where he played football.  Upon graduation he signed with the Dallas Cowboys in 2014 and the Toronto Argonauts of the CFL in 2015.  He comes to Lowndes from Thomas County Central (2018-21) where he was serving as defensive coordinator.  He began his duties of coaching Viking linebackers on May 2, 2022.  Coach Sapp joins the Lowndes family with his fiancée Alexis and daughter Ava.

Bobby Jones – Coach Jones has assumed the duties of athletic director and head football coach at Lowndes Middle School.  He comes to the Vikings from Charlton County where he was the defensive coordinator/strength and conditioning coach for the past two (2) years.  Prior to going to Charlton County, Coach Jones spent 24 years in Cook County where he coached football, baseball, basketball, and tennis.  He was the strength and conditioning coordinator for eight (8) years as well as the defensive coordinator for five (5) years.  He was head football coach at Cook County High from 2015-18.  Coach Jones began work at Lowndes Middle School on May 9 and is currently conducting spring practice.  He is a native of Lowndes County and is married to the former Alisa Bullard and they have three (3) children.  A graduate of Valdosta State University in 1995, Coach Jones received his Masters of Education from Troy State University in 2006. 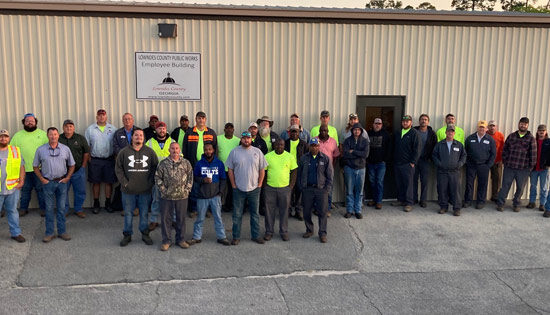 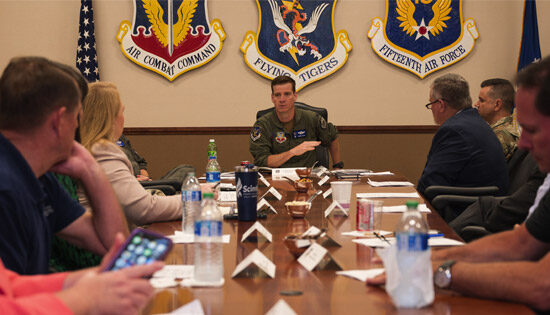