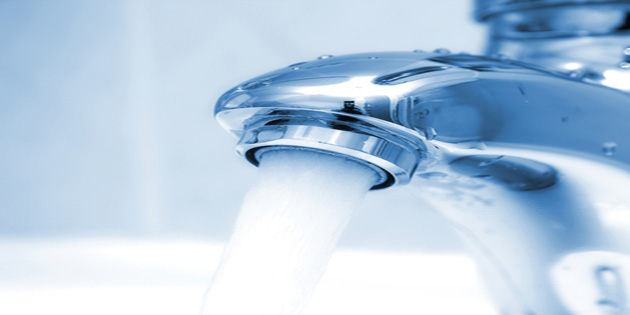 The Environmental Protection Agency deemed the drinking water, here, safe and within standards, although Moody was one of 126 military installations named in a Department of Defense (DoD) study that found some level of contamination in groundwater.

The 2016 study confirmed Perfluorooctanesulfonic acid (PFOS) and perfluorooctanoic acid (PFOA), two types of manmade chemicals, were detected in samples taken at Moody, but further studies indicated the drinking water supply was not impacted by the contamination.

“Our water is safe,” said Col. Jay Vietas, 23d Medical Group commander. “Our water treatment plant provides very high quality water, as supported by our Consumer Confidence Report, which we annually send to Moody residents. Our team of bioenvironmental engineers sampled our drinking water for PFOS and PFOA and the results were well below the health advisory level of 70 parts per trillion (ppt).”

“The firefighting mission is essential to the safety of military operations at Moody, and we are continually taking measures to ensure the drinking water is not impacted by that mission,” said Lori Burnam, 23d Civil Engineer Squadron Environmental Restoration Program manager. “Moody replaced its legacy AFFF in its fleet of fire trucks in January 2017 with a more environmentally safe alternative. New procedures have also been implemented by our firefighters to limit use of the new foam for emergency responses only and immediate action is taken to ensure containment.”

The issue of potential contamination was first identified through a preliminary assessment in 2015, which included eight areas on base where PFOS and PFOA may have been used. None of the identified locations were located near the base drinking water wells or near the base boundary.

“Although some samples exceeded the EPA’s lifetime health advisory levels of 70 ppt, none of those locations have the potential to impact drinking water. Since drinking water impacts do not exist at Moody, the identified-areas will be prioritized for additional assessment and possible cleanup once regulatory guidelines for cleanup are established.”

Responsible for the safety and quality of drinking water, the 23d Aerospace Medicine Squadron Bioenvironmental Engineering Flight continuously monitors for bacteriological, chemical, and radiological contaminants during bi-weekly analysis as prescribed by the EPA and the Georgia Environmental Protection Division.

“Mother Nature is essentially doing the work for us because the earth’s crust provides a natural filtration system,” said Maj. Sherrod Brown, 23d Aerospace Medicine Squadron Bioenvironmental Engineering Flight commander. “The Floridan aquifer is Moody’s groundwater source for drinking water, and it’s approximately 400 feet below ground surface. Once water is drawn from the Floridan aquifer through the three designated wells, it goes through a nanofiltration treatment process at Moody’s water treatment plant before being distributed as drinking water.

“Essentially, groundwater is any untreated water found underground in the cracks and spaces in soil, sand and rock. Whereas drinking water has undergone some form of treatment to include disinfection, distillation and filtration to meet federal and state standards for provision to the public for drinking. All drinking water standards are consistently met.”

“Here and across the United States, the Air Force is committed to taking the appropriate steps to protect our drinking water,” said Burnam. “The safety of our people and the surrounding communities is our foremost concern.”