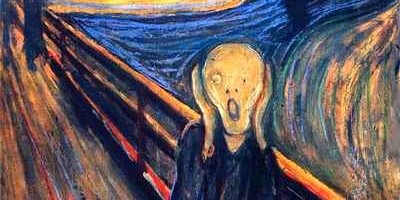 Nothing brings out the hysteria of the Progressive/Left more than the passage of legislation curtailing the power of government. And the hysteria magnifies exponentially when that legislation seeks to curb the intrusion of the government on personal liberty. Such is the Left’s reaction as Indiana passed, and Republican Governor Mike Pence signed, an act protecting religious liberty in that state.

Were they not already on canvas, Expressionist artist Edvard Munch could not have had a better study for the four agonized expressions depicted in his composition collectively called “The Scream”. 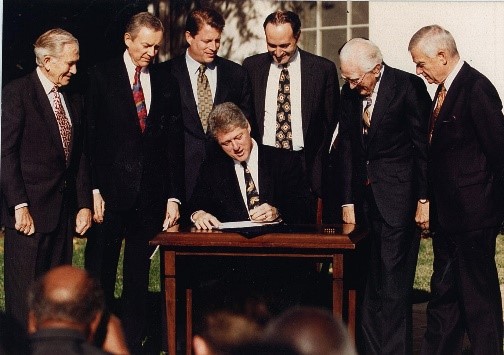 Indiana’s new law simply restricts the right of any governmental entity to “substantially burden a person’s civil right in the exercise of religion” unless it can show that the burden is necessary to further a “compelling governmental interest”. The legislation imposes a “strict liability” standard the government must meet when any state or local law seeks to interfere with that right. The bill mirrors the 22 year old federal Religious Freedom Restoration Act (“RFRA”), signed by President Bill Clinton, and other similar laws on the books in 19 states. At this writing, Arkansas has passed a RFRA and, if signed into law, would be the 21st state with such a law.

Indiana’s statute covers individuals as well as corporations, partnerships and other business entities. It also differs from most other RFRAs since it can be used as a defense in private discrimination actions and not just government initiated cases.

But these are differences without distinctions. The law addresses government power at its intersection with religious conviction. It is not a law promoting or protecting acts of private discrimination without regard to whom the protection is extended or under what circumstances. That the statute might be used as a defensive shield does not mean that it will be accepted as a viable defense.

Suggesting that this law, or any RFRA statute, confers a ‘license to discriminate” is tantamount to suggesting that the Second Amendment confers a right to commit armed robbery. The Left’s entire argument is based on non sequiturs.

Specifically, no evidence exists supporting the contention that any of the RFRAs have ever been used to successfully defend against a charge of discrimination on any basis whatsoever. Arguments to the contrary are tended to provoke, well, hysteria. And it has worked well in the LGBT community and their sympathizers who have highjacked the debate.
Take Connecticut Gov. Dan Malloy, who was among the first out of the box to trash Indiana.

Malloy voiced his righteous indignation about Indiana’s “gay intolerant” legislation although it has nothing to do with the Nutmeg State. He made it affect his state when he issued a travel ban against going to Indiana at government expense. It seems to have slipped his mind, however, that Connecticut has a similar law guaranteeing freedom of religion on its own books. Hypocrisy, however, has never impeded the Left in its determination to attack its opponents.

And while the Indiana law has no effect on Connecticut’s agenda, it certainly does on the good governor’s political agenda.

You see, Gov. Malloy is the new chairman of the Democratic Governors Association and charged with protecting and electing more Democratic governors. He also has to keep a watchful eye out for his party’s presidential nominee, something that has gotten somewhat dicey of late, what with the blood in the water coming from the Clinton campaign due to Hillary’s email issues and all. And so Indiana, and its GOP governor (a mentioned presidential contender), gave him a grand opportunity to engage in the Progressive/Left’s favorite playbook page: identity politics, the politics of victimhood. 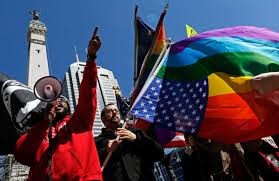 While the Progressive/Left championed personal liberty causes such as RFRAs in the early 1990’s, their position shifted once they understood the financial and electoral gold that could be mined in the shafts of identity politics.

“Where once a belief in individual rights used to be the hallmark of liberalism, it has since been replaced by a commitment to amorphous concepts like ‘equality’ and ending ‘discrimination’”, explains Joseph Backholm of the Washington Family Policy Institute. “While they never define those terms in a way they could be held accountable for, what is obvious is that their pursuit of those values leaves no room for people to disagree. After all, how can we have a tolerant world if people are allowed to do things that are intolerant?” Well said.

And why? “The new left wants government to officiate all of our interactions to make sure no one ‘discriminates’”, he says. When a state passes a RFRA, the government loses that power. And hysteria sets in as articulated by the Rev. Al Sharpton.

“The blatant use of religion has always been a tool of bigots,” Sharpton recently pontificated proving, once again, that when bereft of meritorious argument, the Progressive/Left defaults to ad hominem attacks. (It must be observed, however, that few have used religion more effectively than Rev. Sharpton.)

The discrimination arguments against Indiana’s RFRA, and indeed all other RFRAs, is ginned up fiction that has no basis in law or in fact. But that’s not the Progressive/Left’s point. Their point is to incite the base and raise money.

That there is government discrimination against those of faith, however, is displayed daily and more than justifies the enactment of these Religious Freedom Restoration Act statutes.