Presumptive Democrat President-Elect (at least to the mainstream media) Hillary Clinton undoubtedly let out a sigh of relief earlier this week when the first term United States Senator from Texas, Rafael Edward “Ted” Cruz, announced his intention to seek the Republican nomination for president of the United States. 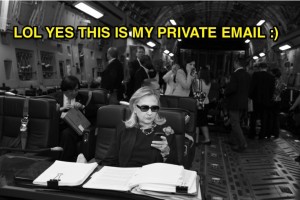 Between the Cruz announcement, the first on the GOP side of the presidential sweepstakes, and the Israeli elections, the continual hemorrhaging of her email scandal spilled off of page one of the nation’s political headlines or was at least moved “below the fold.” The tempest in that teapot, however, will intensify as Hillary and her email habits move to a congressional front burner.

But back to Cruz.

This is a smart man: Princeton, Harvard, cum laudes all over the place, and law clerk to United States Supreme Court Chief Justice William H. Rehnquist. Cruz worked with the 2000 Bush campaign and White House and returned to Texas and was appointed state solicitor. In the 20 years following his law school graduation, he’s mostly held government positions although he spent six years with two private law firms, mostly in the corporate and public policy fields. Cruz ran for the United States senate in 2012, his first run for public office, and came from a 3% poll position in the Texas GOP primary (pretty much where he is today) to win the nomination and the seat.

For the vast majority of conservatives, regardless of party affiliation, Cruz is right on the issues. He’s especially embraced by the “Tea Party” movement. Cruz is pro-life and opposes same-sex marriage believing that the issue of same-sex marriage should be left to the states. He is pro-gun rights and has opposed measures that would infringe on those rights.

Cruz would undo the FCC’s recent regulation of the Internet as a “public utility” on the grounds that the new rules will hurt future development, innovation and suppress investment in the Internet marketplace. He is an ardent supporter of the Keystone Pipeline project. There’s also a libertarian streak to Cruz as evidenced by his opposition to the (national) legalization of marijuana believing that the individual states ought to make that decision for themselves. And then there’s his opposition to Obamacare.

Cruz, then, in the words of The Week’s Paul Webber is well positioned to run “as the Obama-despising, hawkish, religious conservative candidate of a party already defined by its religious conservatism, enthusiasm for foreign entanglements, and opposition to Obama. His pitch to donors and voters will be that such a candidate can capture such a party’s presidential nomination.” And this may be true.

Winning a nomination and winning a general election, however, are two different things.

And therein lies the rub for Republicans and, in general, conservatives. Maria Cardona, a campaign advisor to Hillary Clinton back in 2008, observes that Cruz “could go a very long way in the Republican primary, and give whoever emerges as the Republican establishment candidate a fight. That is going to be something Republicans will focus on while Hillary is going to be talking about fighting income inequality and expanding opportunity, like she did today.” Carbona seems to forget that these issues Hillary will be championing in 2016 are the same ones Obama championed in 2014. Ask former Senate Majority Leader Harry Reid how well that worked out for them.

“Even if an establishment candidate wins, there is no question that Ted Cruz being in the race is going to pull the Republican Party much more to the right, and we know how that turns out,” Cardona added. “Just ask Mitt Romney.”

Um, well, maybe these tug of wars work both ways. Cruz may do just that but the GOP’s probably in a much stronger position to deal with a tug to the right than the Democrats were with Obama’s yank to the left from 2008 to 2014. The country seems to prefer the former to the latter. In the words of Cardona: “Just ask Harry Reid and Nancy Pelosi.”

While Cruz being first out of the box helps to set the 2016 political table, it doesn’t set the table. His choice of venue for the announcement, one might argue, already marginalizes his message if not his appeal. But going to his base at Jerry Falwell’s Liberty University to throw his name in the hat is certainly no vice. It’s proven, smart politics: solidify your base.

Cruz, however, has to broaden that base. This might be easier said than done.

Cruz has never served in a state legislature. He has never governed a state nor held any other executive position. His run for the presidency will be his second campaign for public office. Since his 1995 law school graduation he has only worked in the private sector six years. Cruz has never met a payroll. He’s never proposed, negotiated or disposed of legislation as governors are called to do and are traits sorely needed in a president. And in a party that is already solidified in its core beliefs (generally speaking) which are shared by all or most of the current presumed contenders, these could be the defining issues.

In an election where ideology is a given, practicality and pragmatism—indeed, governing– becomes the focus.

Convincing the GOP primary electorate that his impeccable record in academics, the issues and work in the public sector are transferable skills to actually governing will be required of Cruz. And he cannot do so in an angry way. He must be reasoned, accommodating and convincing yet principled.

This could prove to be a Texas sized tall order for Ted Cruz.