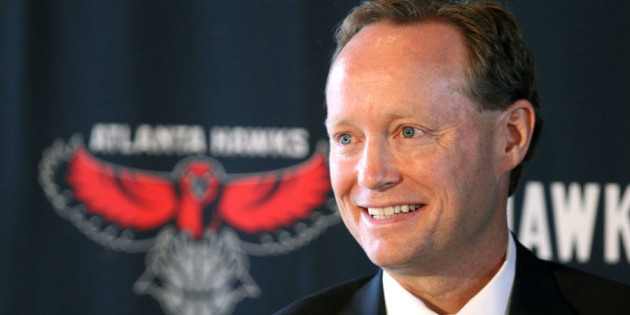 In the late spring of 2013, Al Horford got a phone call from Mike Budenholzer.

The longtime Spurs assistant had just been hired by Danny Ferry to coach the Atlanta Hawks about a month after the team was dispatched by the Indiana Pacers in a first-round playoff series. He wanted to do lunch with Horford — and just Horford. Budenholzer was still unsettled in Atlanta, and after running through a list of possible restaurants, Horford decided his house would be the best venue to break bread in.

“It turned into a three-hour thing,” Horford says. “We sat there and he just picked my brain. He asked me about every player, and he just listened. We talked about everything — about life. He’s just of those guys who believes in getting everyone involved. That’s just how he coaches and how he treats everyone.”

Soon after his lunch with Horford, Budenholzer was on a plane to Santa Barbara, California, where Hawks guard Kyle Korver has at home in the hills. Korver was pulling out of the driveway when Budenholzer — flanked by Ferry and Hawks basketball operations manager Andy Birdsong — arrived. Budenholzer hopped into Korver’s car. Ever the health nut, the two went to fetch some Backyard Bowls full of acai, bananas, berries and granola.

“I feel like every coach is either really good at Xs and Os or a really good personality manager, and there aren’t many coaches who know how to walk the middle. Bud? I’ve never seen a coach at any level who does it better than him.”

Korver had never met Budenholzer, who is much more of an osso buco and Brunello kind of guy, a byproduct of two decades with Spurs coach Gregg Popovich.

“We got back to the house, sat outside and he ate it because [Budenholzer] was trying to be nice to me, I guess,” Korver says. “He explained his philosophy and we talked. I wasn’t blown away or anything. We didn’t have film or a dry erase board, so what can you say? He just kind of shared. Then they left and got In-and-Out Burger on the way back to L.A.”

The next week, Korver agreed to re-sign with the Hawks despite overtures from teams with far greater track records of success and lineage than Atlanta. Korver might not have been blown away by Budenholzer’s Intro to Philosophy, but he got a sense that Budenholzer, who was named NBA Coach of the Year after leading Atlanta to first place in the Eastern Conference, and Ferry were creating something meaningful.

“There’s this really fine line that some coaches don’t try to walk,” Korver says. “I feel like every coach is either really good at X’s and O’s or a really good personality manager, and there aren’t many coaches who know how to walk the middle. Bud? I’ve never seen a coach at any level who does it better than him.”

It’s not Budenholzer’s ability to straddle the line of tactician and manager that makes him extraordinary — it’s his gift for unifying the two tasks.

This unification of the strategic and personal isn’t a happy coincidence, but a deliberate campaign by Budenholzer to create a workplace where the product on the floor is an actual expression of a belief that everyone matters. This is an ethic passed down by Popovich to Budenholzer, the idea that if you create a system that relies on collective trust, everyone will flourish.

As the Hawks’ five starters point out after games when their point totals range from 12 to 18 — a routine event in Atlanta — there will be nights when you won’t get shots. Those are the nights when you celebrate those who did and made them.

Will passing up buckets shrink your stats and cost you in free agency? Will it make the work less fulfilling? Will it mean fewer nights when you can bask in the glow of individual achievement?

None of that matters in the Budenholzer system.

Not one Hawks player has scored more than 30 points in a game this season, yet you won’t find a roster anywhere in pro sports that swoons over a coach the way the Hawks’ chorus sings the gospel of Bud.

In his acceptance speech for the NBA Coach of the Year award on Tuesday, a media-shy Budenholzer who conveys very little on a day-to-day basis became emotional at two points — when honoring his father, who “coached high school basketball in Holbrook, Arizona, forever,” and when thanking his mentor, Popovich.

“The thing Pop did for me and did for a lot of coaches is — he let me coach,” Budenholzer said Tuesday, choking up. “It seems really simple, and that’s the beauty of being with Pop and being around Pop. Sometimes the things that are most successful are very, very simple.”

Not one hour before Budenholzer paid that tribute, Korver said the same as he sat in the Hawks’ empty practice gym.

“All this stuff should be obvious, but so few coaches at any level actually do it,” Korver said.

The Hawks rave about the collaborative nature of the offense, in which players are encouraged to make smart reads so long as the ball moves. So why wouldn’t a coach give that freedom and sense of ownership to his players?

Ask the Hawks about why there’s such a communal spirit in the locker room, and they’re quick to tell you about the dinners that are attended by just about everyone — a Popovich tradition whereby the team “breaks bread.” So why wouldn’t a coach trying to achieve perfect chemistry on the court encourage community off it?

The Hawks also testify to how awesome it is that they’re treated like grown adults who participate in efficient practices, assume they’re professionals and take pride in the work.

So why wouldn’t a coach approach player relations as an exercise in honest, common respect without all the histrionics and corporal “I’m the boss” posturing?

The net result is a place where players, coaches and support staff wake up each morning excited to go to the office. The brilliance of Mike Budenholzer isn’t that he has crafted a playbook or a system that helps you win, but that he has built a culture where you can’t lose.