ATLANTA – A study has found that Hartsfield-Jackson Atlanta International Airport is the second best best airport in the U.S. for travel in 2022.

Many Americans wish to travel more frequently in 2023, with travel being one of the top New Year’s resolutions every year. However, air travel can be a stressful experience, especially when flight delays and cancellations occur.

According to The Bureau of Transportations Statistics, there were 1,042,056 delayed flights in the US in 2022, but which airport had the most?

Vacation experts at Family Destinations Guide have used data from the Bureau of Transportations Statistics to reveal the best (and worst) airports for travel in the US in 2022 by comparing the number of delays in every airport in the US.

The worst airports for travel in 2022:

Newark Liberty International Airport in New Jersey was the second worst airport for travel in 2022, with 26% of flights being delayed. 5% of flights were canceled at this airport, the highest in the US in 2022.

Fort Lauderdale-Hollywood International Airport in Florida follows closely behind in third place, with 26% of flights canceled.

The study by Family Destinations Guide also revealed the airports with the fewest delays.

The best airports for travel in 2022:

Salt Lake City International Airport in Utah was the best airport for travel in 2022, with just 14% of flights delayed.

A spokesperson from Family Destinations Guide said: “Flight delays can be stressful, especially if you travel with young children. Delays and cancellations happen for different reasons. It could be bad weather, airport equipment malfunction, or government shutdowns.

“However, there are ways to avoid flight delays. Flights earlier in the day tend to have fewer delays, so try and book an early flight when possible. You could also try and book flights in the middle of the week, on a Tuesday or Wednesday, rather than a weekend, as fewer people travel on these days.

“Try and book a non-stop route rather than a layover, as you’re more likely to encounter delays if you need to stop at an additional airport. You can also check the weather before your flight. If bad weather is predicted, this could cause delays or cancellations. Make sure you do this before you head to the airport.” 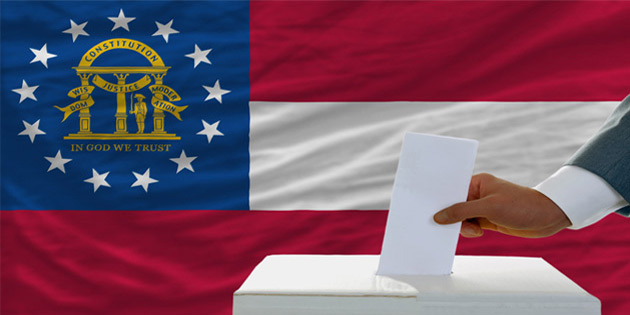 Secretary of State calls for…