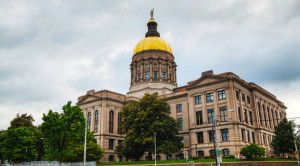 ATLANTA, GA – As national attention has been on Arizona and Governor Jan Brewer, there is a similar bill being pushed through the Georgia legislature.

Supporters of House bill 1023 say it provides Georgians the same level of protections for their religious beliefs as inmates in the federal prison system, as signed into law by President Bill Clinton in 1993.

Opponents though say the bill goes so much further, and actually allows religious beliefs to trump current laws, including those that guard against discrimination.

State Sen. Josh McKoon, R-Columbus, who sponsored a similar bill that has passed a committee, said “The only folks that have spoken against this legislation are people that want the government to be a tool to promote militant atheism” in an interview with WSB-TV in Atlanta. McKoon believes it is not a controversial bill at all, but that represents whether Georgians will have protected religious liberties.

His opponents strongly disagree, members and supporters of the gay and lesbian community showed up in force on Monday, filling the House side of the Capitol to capacity. “If a waiter says that they (a couple) look gay to them, the waiter could refuse to serve them,” Georgia Equality’s Jeff Graham told WSB-TV. “The business owner could refuse to have them into the establishment.”

Graham said it’s time to put these kinds of issues to rest for this year’s legislative session and take a look at them when there are problems in Georgia that need to be addressed.