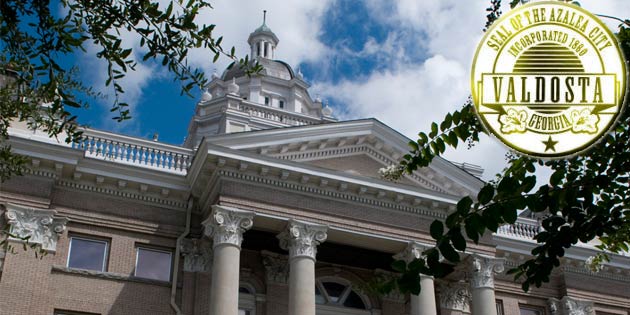 The City of Valdosta Fiscal Year 2019 Budget was approved by the Mayor and City Council at their June 21 City Council meeting. The budget was presented to the council as a balanced budget, as required by the City Charter. Most importantly it was delivered with no property tax increase.

Council approved the $97 million budget, following four hours of presentations during June public hearings. The document specifically outlines the revenues and expenditures for FY 2018, and city leaders have carefully weighed every decision based upon expected revenue flow and assessment of need-based expenditures.

“The City of Valdosta continues to operate in a fiscally responsible manner. We are continuing to provide top-level municipal services to our residents and businesses,” said City Manager, Mark Barber. “The budget is a true team effort and could not have been successfully assembled without the efforts of Department Directors and our strong budget staff.”

Valdosta, along with other governments across the state and nation, is still experiencing a significant lag in sales tax and other revenue sources that once provided steady and dependable means to funding citizen services, prior to the economic downturn in 2008. While the cost of doing business and the demands for services have not decreased, some of the city’s largest sources of revenue – such as the Local Option Sales Tax (LOST). The city still relies heavily on LOST as well as the Special Purpose Local Options Sales Tax (SPLOST) which is used for capital projects.

Nevertheless, Valdosta – Georgia’s 14 th largest of 537 municipalities – continues to have one of the lowest millage and utility rates among peer cities in the state. The FY 2019 budget represents a substantial investment in needed equipment, vehicles, and added staff positions, much of which had been delayed in recent years due to economic conditions. Included in the budget is a $1.1 million increase in the General Fund, the city’s largest fund of which 65% is allocated to provide public safety services to citizens; an $88,000 increase in the Enterprise Funds – which include
Sanitation, Water and Sewer, Inspection, Mathis Auditorium, Stormwater, Utilities, and Group Insurance and are funded by user fees not by taxes and operate much like a private business; The consolidated proposed the Fiscal Year 2019 budget represents a $114, 248 increase.

“The City of Valdosta has managed its finances through the slowly recovering economy in a measured and responsible way, while maintaining – and even in some cases, increasing – our services delivery,” said Mayor John Gayle. “We will remain vigilant and we are optimistic about future growth and the economic health and vibrancy of the city.”

The FY 2019 Valdosta Budget provides the necessary resources to ensure the city is operated in a fiscally responsible manner. It ensures the city can provide the necessary services the needs of the city and its citizens – something City Manager Mark Barber and Mayor John Gayle credit to the guidance and direction provided by the elected officials of the city and the outstanding work of the city department heads, finance, and budget staff and the entire city workforce.

The City of Valdosta FY 2019 budget is effective July 1, 2018 and may be viewed at http://www.valdostacity.com/budgeting.