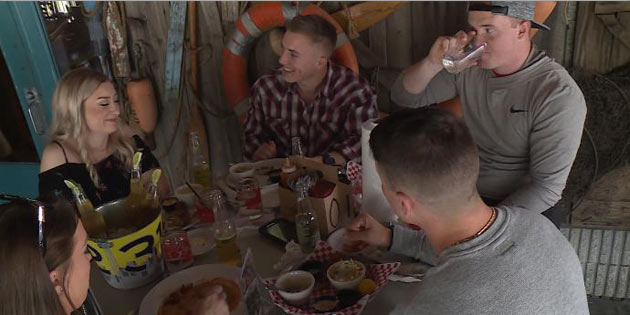 VALDOSTA, Ga. (WCTV) – If you like starting Sundays with some bubbly or a bloody, your brunches in Georgia could soon be getting a boost.

Some state lawmakers are hoping to make changes to Sunday brunch.

Last week, the State Senate passed the so-called “brunch bill.” The bill would allow restaurants to sell alcohol at 11:00 am on Sundays. Right now, bar sales are banned until 12:30 pm.

“Brunch, it’s impactful down here in the South. People love to come out for something like that,” said Salty Snapper General Manager Will Eason. “I would have had at least ten or fifteen more people in here today just having that law being able to change.”

“I love brunch on Sundays actually,” said Kerry Brown. “I’d be stoked, I mean, I hate living here and not being able to buy alcohol when I want to.”

Some may see the bill as just time on the clock, but others see it as pennies in their pockets.

“Probably have to hire more people to be honest. I know the staff would be absolutely thrilled about it. Any business is good business, good for the county bringing in more money,” Eason says.

Some residents are hoping that the changes boost business.

“Overall I don’t see nothing bad about it, it seems like a good idea to me,” said Ruben Rivera and Dustin Mulling, two more supporters of the bill.

The “brunch bill’ now heads to the House. If passed, it will still need to pass locally through a referendum to move up the sale times.

The bill only applies to restaurants. Liquor stores will still be barred from sales until 12:30 pm.