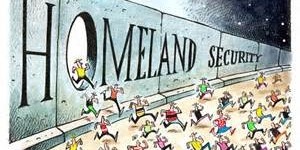 There’s just no reasoning with or satisfying some people, particularly political pundits or elected officials on the edges of both the Left and the Right. They insist on not only the cake but the plate, fork and napkin as well.

The latest outrage, according to many on the Right, concerns the “stand alone” or “clean bill” funding the Department of Homeland Security which was recently passed by the House and Senate. One might recall that this is the agency charged with defending American soil against terrorist attacks. One might also recall that the DHS is also charged with enforcing immigration policy.

The dust up started last November with President Obama’s unilateral attempt to reform the nation’s immigration policy. He authorized the DHS to delay or simply ignore established law regarding deportation of illegal aliens. But then he legislated by granting those same illegals the right to benefits reserved for American citizens and those legally present in this country. This move infuriated most on the Right and even some on the Left as an overreach of executive power (which it was).

After taking over in January 2015 the new Republican majorities in the House and Senate sought to correct the wrong. And many pundits of both stripes encouraged them in this effort to prove that the new GOP majorities “could govern.” Unfortunately many congressmen and senators bought into this “governing” nonsense and set themselves up, as well as their righteous cause, for ridicule and failure.

The corrective tactic quickly devolved in to a game of “Risk” with the shutdown of the DHS on the game board.

Maybe it’s the same kind of thinking that views winning the battle over chair arrangements on the Titanic trumps a proper lookout. Go figure.

Whatever else this kind of thinking is, it is clear lunacy, delusional and does nothing to promote the agenda of the Right.

The GOP didn’t need to pick this fight. A United States District Court had already ruled against Obama’s immigration power grab. The court issued an injunction against the implementation of the executive order. That means it cannot be carried out unless the district court’s order is overturned. Appeals are in progress. The courts, one way or the other, will sort it out.

The Congress had a perfect out: go on ahead and fund DHS since it couldn’t do anything with the immigration order anyway. There was no need to fight this immigration war on two fronts when one front is winning: the judicial front. After all, it shouldn’t take a Kenny Rogers to know when to hold ‘em, know when to fold ‘em.

Or, better yet, rather than employing a losing strategy based on whining and “the power of the purse”, take the various immigration proposals that have been sitting on the congressional shelves, put a bill together, pass it and send it to Obama to sign or veto.

Congress needs to force Obama’s hand in a methodical, regular and clear fashion. Take the high ground. And employ this strategy firmly and consistently during the next two years on taxes, spending and job creation. The Right has public support as well concerning the IRS, a shameful Veterans Administration and other runaway government agencies such as the EPA, FCC and NLRB. These are opportunities that must not be squandered with a strategy based on pettiness, nit-picking and empty rhetoric.

But no. The ideologues would have it no other way but to pick an unwinnable fight. They wanted to champion a principle, which is certainly well and good, but the collateral damage sustained in the process of choosing the wrong strategy is rarely worth it. It’s as if they actually wanted to shoot themselves in the foot, poke out their eye, what have you.

And at some point, this approach has to get tiresome to the Right’s rank and file.

America has never faced a problem it couldn’t solve. Immigration is no different. Congress should pass an immigration law that puts border security first. Such a law ought to address issues of cronyism between those utilizing cheap illegal labor and immigration officials by shaking up and relocating existing enforcement personnel to other areas of the country. Further, those who rely on illegal labor must be made to understand that the country will no longer tolerate the employment of those who are not here legally and that there will be consequences.

This law should also mandate a sweep of the border regions as well as other identifiable destinations utilized by the illegals with set apprehension goals, say 750 to 1,000 per day. Those caught in the net should be assigned to and put on trains, buses or ships and sent to the interior of Mexico (or whatever their country of origin is) and then released: no more releases at the revolving door of the Mexican/American border. When word gets out about the sweeps and the deportations, voluntary deportations will follow. 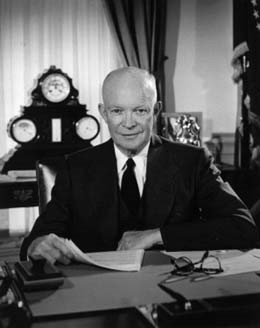 Such a policy works: President Eisenhower did just this in 1954. Hundreds of thousands of illegals were deported, millions left voluntarily and by the late 1950s illegal immigration was down by 95 percent. Our border remained secure for nearly a decade.

Pass such a law, send it to Obama, let him demagogue it and veto it, then pass it again in 2017 when a Republican president will sign it.

This will take resolve. It can be done. But whining and quixotic battles won’t get it done.

(Special thanks to Marc Waldeck of BraveNewMarkets.com and John Dillin of the Christian Science Monitor for research on the Eisenhower Administration.)