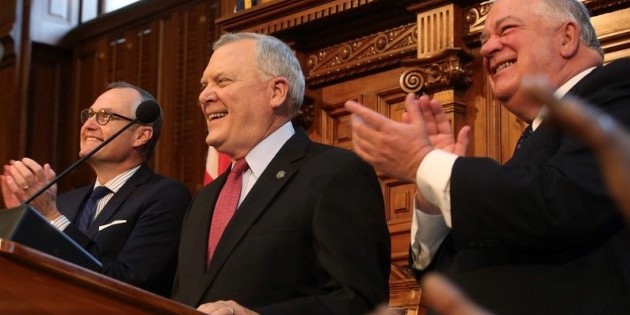 Georgia Governor Nathan Deal recently delivered his fifth State of the State address to the legislature and the people of Georgia.  His message was as humble as it was hopeful about overcoming the state’s challenges in, among other areas, education and transportation. 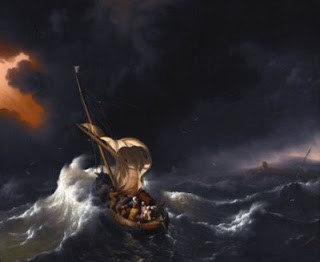 Invoking the Breton Fisherman’s Prayer:  “O, God, thy sea is so great and my boat is so small”, Mr. Deal underscored the need for Georgia’s leadership to creatively use the state’s resources to meet the state’s sea of growing needs.  The speech had a certain eloquence to it, nuanced around the rhetorical metaphor of the sea.  Although Georgia’s “sea” may seem immense, the state still has “10 million oars” with which to navigate its boat of limited resources.

The governor called for unity in recognizing and meeting Georgia’s future needs.  It was not a call for class warfare or for policies founded on identity politics or to pit one segment of the state’s population against another.

Noting Georgia’s growth since the Great Recession and it’s recognition as one the best states within which to do business, Mr. Deal unabashedly credited the “conservative principles” that Georgia held firm to thus helping the state weather the turbulent economic sea of the past six years.  “[These] principles,” he said, “must continue to guide our future growth.”

Mr. Deal, for example, pointed out that more spending alone will not shrink the ocean of need. An educational system based on a 1980s funding formula is simply outdated as is, perhaps, its institutional paradigm in a time when even elementary age students have iPads and Androids.  Meeting the needs of today’s students cannot be met by a school assignment system based solely on a zip code.

In considering the current hot button of transportation needs, Mr. Deal prioritized and referenced what he considered immediate needs to keep Georgia competitive in attracting business startups, growth and relocation to the state.  He recognized that the excise tax on motor fuels, a per gallon flat fee, has remained the same for 44 years, and a restructuring of how transportation funding needs are met might be in order.

Key to Mr. Deal’s thinking is his reliance on free enterprise and entrepreneurship.  His is a focus on the citizenry and their expectations when it comes to government and the delivery of government related services.  Georgians expect that delivery to be efficient, cost effective and competent.

Mr. Deal did not call for any tax increases. The governor’s commitment to conservative principles prevented him from picking up that oar.  He understands that throwing money at challenges has its limitations.  Funding failed delivery systems of government services without structural change only makes the state and taxpayers enablers of those failures.

And this is a view point the legislative leadership would be wise to adopt.

There is little room for optimism, however, that they will do so.  The drumbeat for some form of tax increase grows louder every day as the only solution to meet the state’s transportation needs.

Consider these observations on the transportation funding “crisis” recently made by two South Georgia GOP legislators.  “Everything is on the table.  Everything from a tax increase to a statewide tax increase.”  And, “You ain’t going to address the problems without raising taxes.  It’s going to be a challenge.”

Such thinking is antithetical to Governor Deal’s message.

Certainly there are many things to consider in addressing Georgia’s transportation needs.  Expansion and maintenance are important.  Another is that any infrastructure funding anemia is the logical result of a six year economic decline, one that dried up many sales and use tax based funding formulae.  But that is turning around.

According to the State Senate Budget Committee, motor fuel collections were up for December, 1.5% on sales taxes on fuel and 6.9% on excise taxes by the gallon even with declining fuel prices. So even with higher fuel efficiencies, fuel consumption increased in Georgia for December.  Expect continued increases as the Georgia economy gains traction.

According to a recent survey, Georgians do not see transportation needs as any sort of priority.  And their appetite for any tax increase is just as weak.

Needing more revenue doesn’t necessarily translate into a need to extract yet more money from Georgia’s families.  Examining the demands on our infrastructure and how to reduce those demands along with prioritizing and making existing revenue programs more efficient is the key.

So maybe this ought to be on the table along with “a tax increase, a statewide sales tax” and “raising taxes”.  Looks like there’s room.

And like the governor said, conservative principles “must continue to guide our future growth.”

Gary hosts his own blog at www.garywisenbaker.com and recently published his first fictional work, “How Great is His Mercy: The Plea”, on Amazon.com.  His opinions are regularly published on ValdostaToday.com and Zpolitics.com.