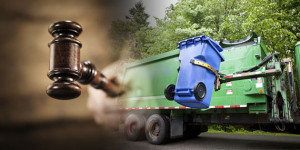 Judge Harry J. Altman has issued a new order to the case in Lowndes County vs. Deep South Sanitation. On December 2nd, Altman said in his ruling that Deep South had the right to continue doing business, and also asked the county to issue Deep South a “franchise” like the one issued to Advanced Disposal.

The current terms of agreement with Lowndes County and Advanced Disposal give Advanced exclusive rights for five years to solid waste services in unincorporated Lowndes County. Judge Altman’s initial ruling would have forced the county to break the contract with Advanced. The new ruling, released Monday, removed the requirements for the county to issue a franchise to Deep South. The ruling will allow Deep South to continue business as usual, without the county breaking the agreement with Advanced.

Advanced Disposal has announced they will be appealing Judge Altman’s ruling to the State Supreme Court.