Governor Brian P. Kemp announced during a groundbreaking ceremony that Silicon Ranch Corporation, the U.S. solar platform for Shell and one of the nation’s largest independent producers of solar power, has committed to invest more than $220 million in Lee County, Georgia to construct the 250-megawatt (MWAC) DeSoto Solar Farm. Governor Kemp and the project partners were joined at the groundbreaking ceremony by state and local officials, as well as the leadership of several of Georgia’s EMCs from across the state.

“Since day one of my administration, one of my top priorities has been bringing good-paying jobs, investment, and greater opportunity to rural Georgia,” said Governor Kemp. “I am proud that Lee County and the surrounding region will benefit from this incredible project, which further demonstrates the key role that our electric cooperatives and private sector partners are playing as economic development engines for rural communities across the Peach State. This significant capital investment by Silicon Ranch will create hundreds of construction jobs for this community, generate new tax revenues to support the local government and school system, and provide clean, renewable energy to our EMCs and the customers and communities they serve.”

The project will be delivered in three phases over the next two to three years, and Silicon Ranch will own, operate, and maintain the facility for the long-term, a disciplined approach the company takes with every project it develops.

Construction of the first phase of the solar facility will soon be underway, and Silicon Ranch plans to hire more than 400 craft workers to build it over the next twelve months, the majority of whom will be hired from Lee County and the surrounding area. The first phase will provide power to Walton EMC as part of the electric utility’s agreement to provide clean, renewable energy to Facebook’s data center in Newton County. Green Power EMC, a renewable energy provider owned by 38 Georgia Electric Membership Corporations (EMCs), is also purchasing a portion of the power output of the solar facility to provide to participating electric cooperatives in the state.

“Silicon Ranch recognizes our responsibility to be good stewards of the land we occupy by taking a holistic approach to the work we do, from conception to completion and beyond,” said Silicon Ranch Co-Founder and Chairman Matt Kisber, who previously spent eight years as Tennessee Commissioner of Economic and Community Development. “This investment and this meaningful work would not be possible without the vision and leadership of Green Power EMC, Walton EMC, and Facebook, and I also want to thank the Lee County Board of Commissioners for welcoming Silicon Ranch and this Project to the community. Based on our company’s experience, I can understand why Georgia remains the number one state for doing business in the United States.”

“Green Power EMC is excited about this large-scale solar energy project and our continued partnership with Silicon Ranch to make it happen,” said Wendy Sellers, President and CEO, Washington EMC and Board Chair, Green Power EMC. “Among the core principles that rural electric cooperatives share is a ‘concern for community,’ and we are pleased that we can support economic development in Lee County.”

“Our important work with Facebook and Silicon Ranch has already generated more than half a billion dollars in capital investment across half a dozen counties throughout Georgia, and we are pleased to expand this legacy to Lee County today,” said Walton EMC CEO Ronnie Lee. “We are pleased to be working together again to help meet Facebook’s goal of supporting its Georgia operations with 100 percent renewable power.”

“We are thrilled to have the new DeSoto Solar Farm in our community and excited to welcome Silicon Ranch as our newest corporate citizen,” said Billy Mathis, Chairman, Lee County Board of Commissioners. “This Project not only provides significant tax revenues for the county government and school system, but also sends a clear signal that Lee County is a great place for business and that we have the infrastructure in place to support meaningful economic development activity.”

About Silicon Ranch Corporation:
Silicon Ranch is the U.S. solar platform for Shell and one of the largest independent solar power producers in the country, with more than 145 operating facilities across more than 15 states coast to coast. Silicon Ranch owns and operates every project in its portfolio and has maintained an unblemished track record of project execution, having successfully commissioned every project it has contracted in its history. In recognition of its holistic approach to land management, which the company has trademarked Regenerative Energy®, Silicon Ranch was named 2020’s “Most Forward-Thinking” company by Solar Power World. Silicon Ranch pioneered utility-scale solar in Georgia and remains a market leader, with more than 1 Gigawatt across the state. To learn more, visit siliconranch.com and regenerativeenergy.org and follow on Facebook, Instagram, Twitter, and LinkedIn.

About Walton EMC:
Walton EMC is a customer-owned power company that serves accounts in Northeast Georgia. Its primary focus is meeting the energy needs of and providing exceptional service to 135,000 residential, commercial and industrial consumers while also caring for the area’s communities. Learn more at waltonemc.com and facebook.com/waltonemc. 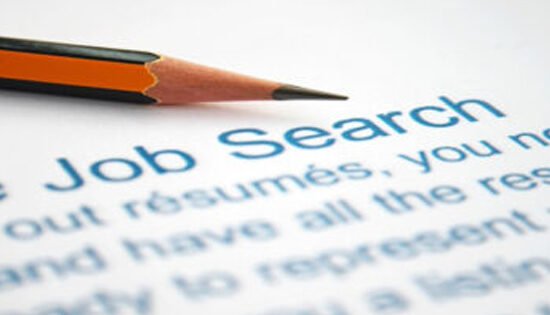