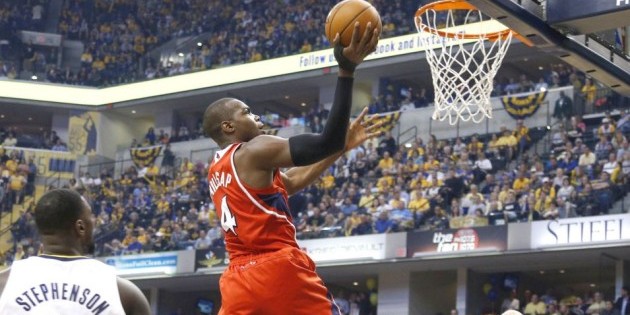 According to team officials, Paul Millsap’s upper-body injury from Saturday (against the Nets) has been diagnosed as a shoulder sprain/contusion, and won’t require the All-Star forward to miss action during the playoffs, which launch in two-plus weeks.

In fact, given the negative X-ray, it’s possible that Millsap — the Hawks’ leading scorer (16.8 points per outing) — might only miss a game or two this week.

Of course, with the Hawks (57-19) just one triumph away from establishing a franchise record for wins, and possessing the No. 1 seed for the Eastern Conference playoffs — regardless of what else occurs during the regular season — the club’s motivation for playing Millsap might be fleeting in the short term.

The goal from this point forward: Rest up, stay healthy and be ready for the franchise’s most anticipated postseason push in 20 years.