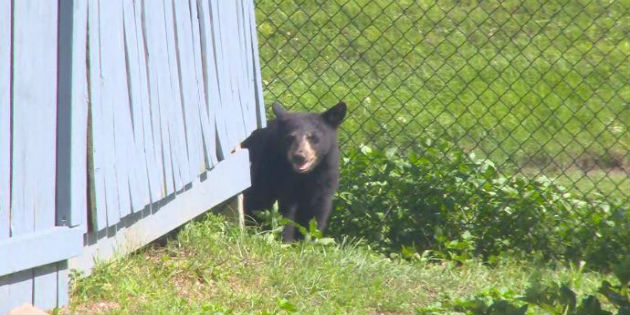 TALLAHASSEE, Fla. (WCTV) — A black bear cub is making himself comfortable at a local apartment complex.

Residents at the Villa San Michele apartments off of Baldwin Park Drive say they’ve seen the little guy roaming around near the dumpster area.

Residents tell us the bear usually comes out around noon and again late at night, so that’s when they simply avoid bringing trash to the dumpster.

Resident Nyla Brooks says, “At first I thought it was kind of cool because you never see bears outside of the zoo, but then when you think about it, it’s really dangerous because bears are really aggressive. And that’s a cub, but one, it’s going to get bigger, and also it probably has a mom.”

Officials with the Florida Fish and Wildlife Conservation Commission say these sightings of bear cubs are common this time of year. Officials add that many cubs are separating from their families and trying to make it on their own, as this cub appears to be doing.

Experts say garbage is a bear’s number one attraction, so residents should make sure to properly dispose of all trash inside of a locked dumpster.

Resident Jennifer Papayoute says, “I think that we should probably get a cement barricade around this whole entire property to probably stop them from coming in. Because it’s natural for them to smell the trash and smell the food. People throw out pizza and things like that, so regardless if it’s in the trash, I don’t know if it’s going to stop the bear to come back.”

FWC says a resident has already contacted them about their concerns at the complex. Authorities say they will work with management at Villa San Michele to make sure the trash is secure and the bears can’t get in.