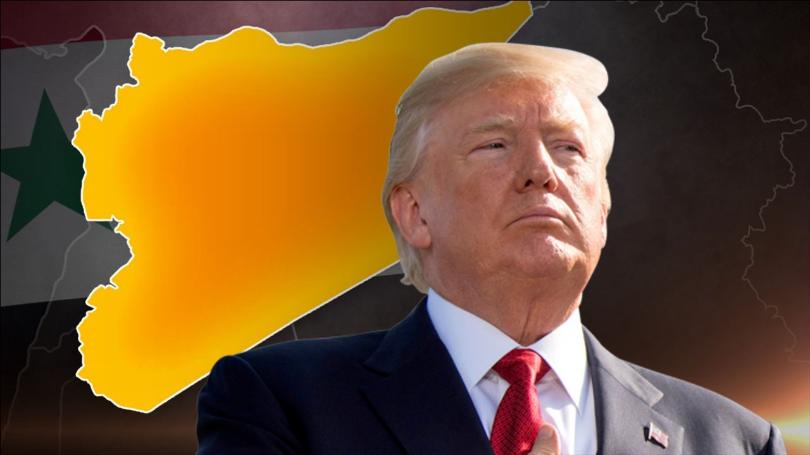 The U.S. on Friday launched “precision” military strikes against targets inside Syria linked to recent chemical attacks, said President Trump in a statement from the White House. The strike is the culmination of days of threats by President Trump against the Syrian government over a suspected chemical attack against civilians in Douma on the outskirts of Damascus on Sunday.

“A short time ago, I ordered the U.S. Armed Forces to launch precision strikes on targets associated with the chemical weapons capabilities of Syrian dictator, Bashar al-Assad,” the president said from the White House.

“A combined operation with the armed forces of France and the United Kingdom is now under way,” he continued.

Trump claimed the U.S. will have a “sustained” response to curtail Syria.

“To Iran and Russia I ask, what kind of nation wants to be associated with the mass murder of innocent men, women and children?” Trump said. “The nations of the world can be judged by the fiends they keep.”

Trump described a very specific type of target that the U.S. would go after, which are Syria’s chemical weapon capabilities. That could be everything from aircraft that dropped chemical weapons to the headquarters that control the forces that drop the chemical weapons, CBS News national security correspondent David Martin reports.

The U.S. State Department said Friday that it has proof that Syria was behind the suspected chemical attack.

The airstrikes are the second time Trump has retaliated against the regime of Syrian President Bashar Assad for using chemical weapons against civilians. In April 2017, Trump ordered a strike of nearly 60 Tomahawk missiles that destroyed a Syrian air base days after Assad used sarin gas in an attack that killed dozens of civilians, many of them children.

Trump met with his national security team at the White House Wednesday afternoon to discuss options for striking the Syrian regime. Press secretary Sarah Sanders said in a statement following the meeting that no decision had been made about a response. In the days since the suspected attack, the president has repeatedly warned that a military strike was on the table.

Defense Secretary James Mattis said Wednesday during a congressional hearing that an attack was “not yet in the offing.”

Friday’s strikes come in response to the suspected poison gas attack on the rebel-held town of Douma near the capital of Damascus that left dozens dead, according to opposition groups. The alleged attack has been denied by Syria and Russia, Assad’s closest ally.