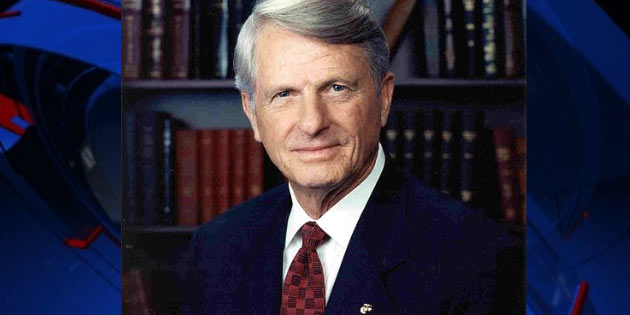 The funeral Tuesday at Peachtree Road United Methodist Church is the second of three public services for Miller, who died Friday at the age of 86.

Miller was a lifelong Democrat but is the only American to have delivered the keynote address at a Democratic and Republican national convention. He did it for Clinton in 1992 and Bush in 2004.

Miller was celebrated Monday in his hometown of Young Harris in the north Georgia mountains where he was born and where he died.

After Tuesday’s service, he will lie in state at the Georgia Capitol until a state funeral Wednesday.