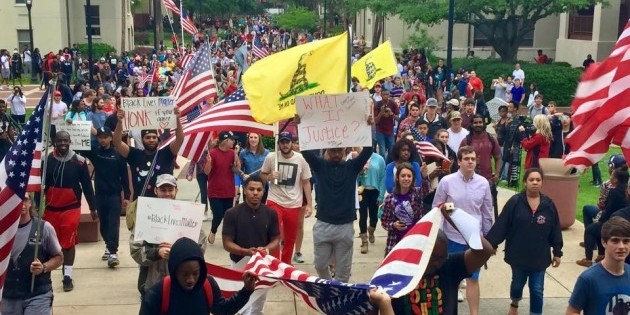 A funny thing happened after the flag trampling the other day.

Michelle Manhart, upon learning that the American flag was being used as a doormat in a demonstration on the VSU campus, approached the group and took the flag off the ground.

News reports are sketchy at best as to who the demonstrators were and what exactly they were protesting. Reports suggest that they were part of the Black Panther Party and were demonstrating against racism and “white privilege”, whatever that is. University police, who were alerted to the scene, were unable to obtain identification from the individuals, according to reports.

What the university police were able to do was wrestle Ms. Manhart to the ground (it took four of them) when she refused to release the flag. She was handcuffed and briefly detained.

The entire episode was recorded by a cell phone, hit the internet and went viral. National news media outlets picked it up and ran with it. The story dominated the local press as well.

What happened next is rather remarkable given that most college campuses, VSU included, are hardly bastions of patriotic fervor or other conservative values.

Three days after Ms. Manhart’s arrest, hundreds of students, black and white, male and female, peacefully counter-demonstrated (complete with “Don’t Tread on Me” flags) in support of the American flag and those in the armed services. In addition, while recognizing the earlier protestors’ rights, the Student Government Association passed two resolutions, one denouncing disrespect to the flag and the other supporting the military. The VSU administrative leadership joined in as well.

Good for you, VSU.

Imagine this happening in 1968. Astounding. 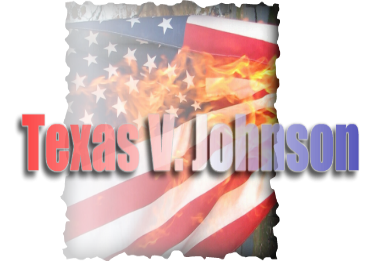 That a flag can be desecrated without punishment to the perpetrator was established by the United States Supreme Court in 1989. In Texas v. Johnson the Court held that the burning of the flag constituted “symbolic speech” and was therefore protected by the First Amendment. In a 5-4 ruling, five jurists overturned the laws passed by Texas and 47 other legislatures.

In 1990 the same majority ruled against a similar law passed by Congress (controlled by healthy Democrat majorities in both houses) and ensconced the status of flag desecration as “symbolic speech”.

Divining that the Founding Fathers had “symbolic speech” in mind 225 or so years ago is rather a stretch. The ever-broadening First Amendment view of modern courts creating “symbolic speech” may not be so clearly founded. For example, if the guarantee of freedom of speech was meant to cover anything other than just that, speech, then why segregate out a separate guarantee to protect the freedom of the press. Such would seem redundant.

And this was one of the questions tossed about the last time an amendment to the Constitution was considered. In 2006 the GOP controlled Congress approved an amendment that read “the Congress shall have the power to prohibit the physical desecration of the flag of the United States.” It passed the House with the required two-thirds majority but failed in the Senate, 66-34, just one vote shy of that required to pass. Vast bipartisan majorities in both houses, then, voted to protect the flag.

Another question in that congressional debate concerned the uniqueness of the flag as a symbol of America and, therefore, deserving of special protections. Justice Stevens himself, in writing for the dissent in the Texas v. Johnson case 17 years earlier, argued the same point and would have allowed the anti-desecration law to stand since the flag’s meaning as a symbol of national unity outweighed any “symbolic speech” concerns.

In other words, “symbolic” or “expressive” speech has never enjoyed the same degree of First Amendment protection as “pure” speech, nor should it. And not all expressive conduct is treated as a form of speech. So, if one wants to exercise one’s right to symbolic speech by burning down a political adversary’s house using a flag as kindling, well, that’s not likely to be protected by the First Amendment. 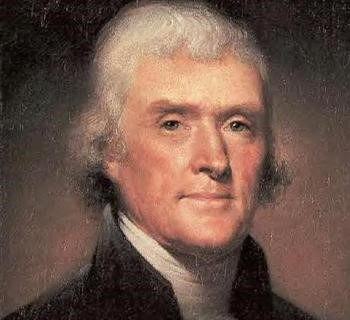 As Thomas Jefferson wrote in 1819, “Rightful liberty is unobstructed action according to our will within limits drawn around us by the equal rights of others.” Our rights, natural or as prescribed in the First Amendment, then, are not absolute.

Any limits or lines, Jefferson argued, ought to be drawn by the states since no power over these First Amendment rights was delegated to the federal government nor prohibited by the Constitution to the states. While these rights cannot be dismissed, Jefferson opined, they “may be abridged or regulated in their exercise by law.”

While the Supreme Court has ruled against flag anti-desecration laws, it has not always been right: SCOTUS has upheld slavery, Jim Crow laws, and reverse discrimination policies. And they may well be wrong here.

Given the national attention generated by VSU, a 12,000 student university, now may be an opportune time for the Congress to revisit the Flag Amendment. The votes are probably there: until 1989 forty-eight states had flag protection laws on the books, a number far in excess of that required to pass such an amendment.

Too many men and women have given too much for the country represented by this emblem over the past 240 years for it to be treated with less dignity than a placemat at a local diner. Proscribing the destruction of this powerful, unifying symbol for the sake of a political message may seem harsh, but that pales in comparison to the sacrifices that have been made in its name on the battlefields both here and abroad.