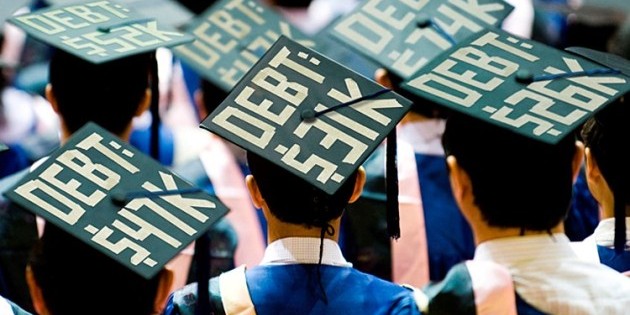 President Barack Hussein Obama breezed through Atlanta, Georgia earlier this week to promote his “Student Bill of Rights” and, as KC and the Sunshine Band might put it, “do a little dance, make a little love” by playing darts at Atlanta’s venerable Democrat hangout Manuel’s Tavern and, of course, headlining a fundraiser.

At a time when Putin is taking over Ukraine, ISIS continues to murder Christians and expand throughout the Middle East and North Africa, the Iranians manipulate negotiations in order to obtain nuclear weapons, and evidence grows daily that sensitive State Department emails have either been deleted or compromised, the president is concerned that the federal government should do more for college students.

Obama has “directed” the US Department of Education and other federal agencies to find a way to help college aspirants.  Though laudable, the focus is misplaced.

Funny, there doesn’t seem to be a “University of the Federal Government”, “Federal Government State College”, or “Federal Board of Regents”.  The US Department of Education was to assist the states, not supplant them, in their role of primary education providers.  But the niceties of limited government, as scarce as they presently are, has never bothered Obama.  Neither has the Tenth Amendment.

The president wants the feds to guarantee access to quality, affordable college education.  He wants free and open access to the resources that will help students pay for that college education.  Repayment plans should be affordable.  And, finally, every borrower has the right to quality customer service and fair treatment.  All this and free community college.  Forty acres and a mule, anyone?

The driving forces here are student loans.  Since the federal government nationalized the student loan programs, taking them away from the states when the Democrats passed Obamacare, interest rates, as predicted, have skyrocketed and the government has picked up over $1trillion in student debt, a debt which grows at the rate of $100 billion per year.  In addition, Washington is attempting to service those customers. One needn’t have called the IRS recently to know how well that’s going.

Prior to this takeover, the federal government merely guaranteed the student loans made by the states and other agencies.  The states serviced the loans, handled borrowers questions and concerns, granted extensions, and worked out payment plans for those in arrears to get them back on track.  This system resulted in extremely low default rates and worked remarkably well.

Having the states run a system outside the grasp of the federal government, however, was too much for the Progressive/Left.  So while they had the votes to take over 20 percent of the US economy, they figured they might as well go for the student loans as well.  And they did.

Obama’s edict directing repayment facilitation dodges the real issue, and it is meant to do just that.

Today’s college graduate holds a diploma with an IOU stamped on the back averaging around $57,000.  That’s a lot of slips in the cookie jar.  Education loans are not new and are, or used to be, manageable but only when an economy exists that can make that happen.  Unfortunately, that kind of economy does not exist.

The unemployment rate is said to be around 5.6%, but that’s only because so many working-age Americans have given up looking for jobs and are excluded from the official jobless list. If the same percentage of adults were in the labor force today as when Obama was sworn in, the jobless rate would come in a little north of 10.0%.  Worse, this “recovery” averages a GDP growth of only 2.3% and has only added 6.4 million new jobs.  At this point in the Reagan Recovery (6 years into the Gipper’s presidency) the pace of economic growth was 4.8% and over nine million jobs had been added to the economy.  Apples to oranges, as they say.

And the failure of Obama’s job creation record cannot be underestimated when it comes to college graduates.  His solution is akin to giving bicycles to fish.

Today’s grads are underemployed meaning they’re unable to sustain themselves, thus living at home longer, let alone repay their loans. Researchers for the Chronicle of Higher Education have suggested students should focus on “workforce demand until the economy can create jobs requiring special skills at higher rates.”  The economy still isn’t there.

As an example of the dearth of jobs available for college grads, a report produced for the Chronicle found that 15 percent of taxi drivers had at least a bachelor’s degree in 2010, compared to 1 percent in 1970.  “Maybe we should incentivize colleges to more accurately counsel students,” Richard Vedder told the Chronicle. “If you get a degree in business administration, you may not necessarily walk into a middle-class life. There’s a good chance you may end up being a bartender.”

Great tips but not much of a future.

Simply put, there are no jobs for today’s college graduate.  The anti-employment policies of this administration from signing Obamacare to vetoing the Keystone Pipeline has wrought this condition. 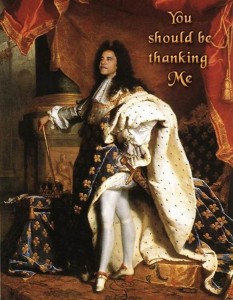 France’s King Louis XIV, reflecting that a Bourbon, like himself, now sat on the throne of Spain, commented on the mountain range separating France and Spain and opined, “The Pyrenees are no more.”  The thrones now united by family, the mountain range is superfluous, to be dissolved by imperial words.

So Obama issues his directive to his educational bureaucracy to fix the student repayment problems and make them “no more.”  Surely his scribes have affixed his words to paper and, in the immortal words of Cecil B. DeMille’s Pharaoh Ramses II (Yul Brenner) “So let it be written, so let it be done”, the problem is solved.

Only a job and a paycheck will solve this problem.