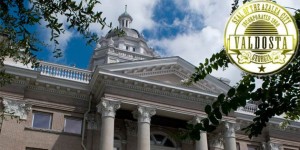 VALDOSTA, GA – The deadline to apply for the 5th annual Government 101 Citizens Orientation Program has been extended to March 21.

Citizens who are considering a career or public service role in local government, or who just want an inside look at the services provided by the city departments, are encouraged to enroll.  The program will meet on six consecutive Mondays, from 5:30 to 8:30 p.m., beginning April 7, 2014, in various facilities of the city.

A maximum of 25 people will be selected for the class from citizens who submit a completed application by the March 21 deadline and pass the required background checks.  This year the program has been modified to include up to five high school seniors who have a parent or legal guardian also enrolled in the program.

The Government 101 Citizens Orientation Program is an initiative of the Valdosta Mayor and City Council.  For additional information, citizens may call the city’s Public Information Office at (229) 259-3548.