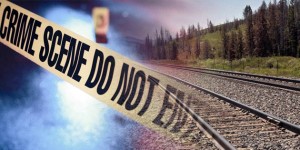 VALDOSTA, GA – The name has been released of the man found in Remerton Tuesday morning struck by a train. Stephen Smith, 45, of Valdosta was identified Thursday afternoon as the man found laying on the side of the train tracks that run across Baytree Road. The investigation is still ongoing and investigators are waiting for autopsy results to help better understand the incident.

The body of a man was found by the train tracks in Remerton shortly after midnight Tuesday morning.

Officials have yet determined why the man was on the railroad tracks. According to officials, the man was either laying on of walking beside the tracks when he was struck by an on coming train. Remerton Police initially responded to the scene, but they called in the Georgia Bureau of Investigation for assistance.

The victim is a white male, age 45, according to GBI agent Steven Turner. Investigators believe they know who the man is, but they have yet to release his name to the public. The investigation is still ongoing, and anyone with information is asked to contact Remerton Police Department at (229) 247-2320.