Home /Latest News/UPDATE: GBI Autopsy Findings ‘Not Consistent’ With Alleged Cause Of Death
Share with friends 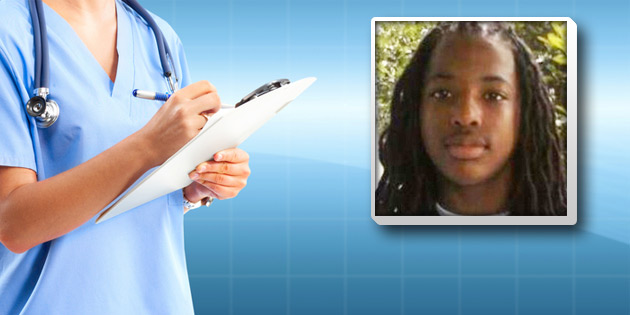 Valdosta, GA- UPDATE: The independent autopsy determined that the official state autopsy findings were ‘not consistent with positional asphyxia’ and his lungs were consistent with ‘rapid onset death.’

CNN is reporting that the results of a second, independent autopsy reveal that Kendrick Johnson died by “unexplained, apparent non-accidental, blunt force trauma.”

This is in contrast to an autopsy done by Dr. Maryanne Gaffney-Kraft of the GBI, who ruled the teen’s cause of death as positional asphyxia and an accident.

A release from the Lowndes County Sheriff’s Office on May 2, referencing the autopsy and investigation, stated that “nothing learned during the investigation has indicated anything other than this was a tragic accident.”

The second autopsy reportedly found blunt force trauma to the right neck and soft tissues, “consistent with inflicted injury.” That fits in line with an EMT report from the scene on the day of Johnson’s death which noted bruising to the right side of his jaw.

US Attorney Michael Moore told CNN he is reviewing the case but has not yet launched a formal investigation. Lowndes County Coroner Bill Watson, meanwhile, is said to be reviewing the report to determine whether or not to launch a coroner’s inquest. The inquest would lead a jury to decide the cause of death, although the findings alone would have no civil or criminal consequences.

A spokesperson for the Georgia Bureau of Investigation told CNN it stands by its report after reviewing the findings of the independent autopsy.