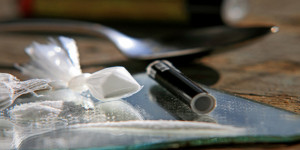 Two people were arrested Saturday in one of the biggest meth busts in Lee County.

Deputies made the arrests after a lab was discovered during a road block Friday night. Deputies were suspicious of the driver of a Mazda sedan and then found a mobile meth lab in the trunk.

An ADDU agent carefully removed the highly flammable or dangerous meth ingredients from the trunk. corporal Eric Strom and Corporal Marcus Harris along with K-9 “Ricky” have been credited with making the find.

Derek Smith, 28, of Nashville  was arrested on several charges including possession and manufacturing of methamphetamine. His passenger Dawn Exum was charged with possession of schedule III controlled substance.

Exum was released on bond. Smith remains in jail without bond, charged in one of the largest mobile lab busts Lee law enforcers have ever seen.