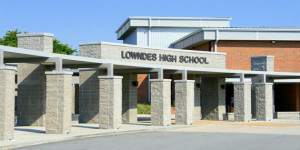 Three months after Kendrick Johnson’s death, his family rallied in Downtown Valdosta, demanding answers and believing he was murdered at Lowndes High school.

Investigators believe no foul play was involved in Johnson’s death, but they are still waiting on the final autopsy report from the GBI. The family wants answers to why the investigation is taking so long.

Johnson was found dead January 11 inside the old gymnasium at Lowndes High School. Sheriff’s investigators believe his death was an accident. They say he fell inside the opening of a rolled up cheer leading mat and could not get out.

But Johnson’s family is confident that Kendrick was murdered.

The GBI’ preliminary autopsy showed no sign of injury, but the final report has not been completed.

“We don’t think, we know that he was murdered,” said Johnson.

The GBI’s preliminary autopsy report shows no sign of injury, but the final report still hasn’t been completed. The sheriff’s department has submitted more samples for DNA testing, and that could delay the final report even more.

GBI officials say the do not have a completion date for the final autopsy report.

One of the signs the family was holding during the rally showed a picture the family said is of Kendrick after his death. They believe the photo indicates that he was murdered. The graphic photo has since been circulating Facebook and other social networking sites.