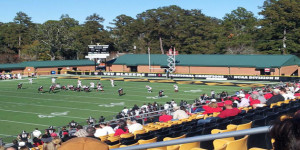 Starting next year, Valdosta State football fans will once again see a familiar name on the schedule- Albany State. The schools reached an agreement Tuesday to play a home-and-home series in 2014 and 2015. The teams have only played once since 2007, with the Blazers holding an all-time 14-1 advantage against the Rams.