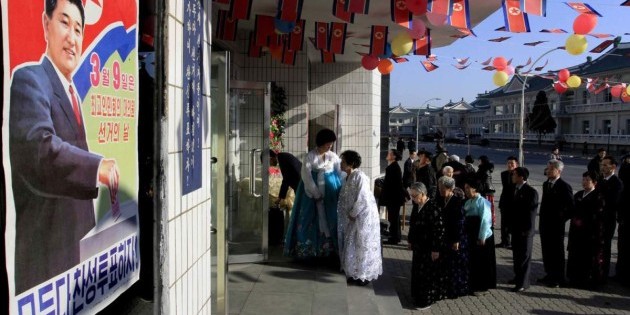 A poll tax. Just what America needs, according to President Barack Hussein Obama. Only this time it works in reverse: rather than being taxed if you want to vote, he wants to tax those that don’t vote. Or maybe it’s a fine. Or maybe it’s a penalty.

Whatever it is, compulsory (or mandatory) voting is the vehicle Obama would use to take away yet another freedom and impose yet another tax. Like mandatory healthcare coverage and the employer mandates and mandatory policy provisions that come with it, this latest Progressive/left idea elucidates their utter distain for personal freedoms and their commitment to wealth redistribution.

People abstain from voting for a variety of reasons. Jehovah’s Witnesses do so on religious grounds. Many libertarians do so on certain moral principles. Others don’t feel informed enough to vote and don’t, believing it better to “vote smart or not vote at all”. (Give these people a medal) No government has the moral authority to trespass on these consciences and force them to vote or pay a penalty.

Such is freedom in America. Americans choose how they wish to use their disposable time just like they choose how to allocate their discretionary income. Where there is an inspiration for involvement, people get involved such as many do with volunteer work in schools, churches, soup kitchens and humane societies. Similarly, when there’s something left over after meeting their obligations, people will take that money and go on a trip or buy a grill (but do it quick since the EPA has hotel showers and grill emissions on their radar screen).

But Obama would limit these freedoms to salve a wound.

The Obama presidency has failed to inspire and, therefore, voter participation dropped off in the 2014 cycle. Rather than listening to those who took the time and showed an interest, the president made a point of telling the nation that he listened to “those who didn’t vote”. This from the man who reminded Republicans back in 2009 that “I won” the election (and hence would do as he pleased) and lectured them again in October 2013 that “If you don’t like my policies, then get out there and win an election” which they promptly did.

And the president’s been unhappy ever since. Having failed to inspire, he would now coerce.

One of Obama’s main arguments is that compulsory voting would take the money out of politics. His connection between money and compulsory voting is, at best, disingenuous or, in all probability, a non-sequitur. In the private sector one of advertising’s objectives is to convince the purchaser who is already in the cereal aisle why one product is better than the other and should go in the cart. Like the shopper, a compelled voter will already be in the booth and will have to be sold on a political product. Unlike now where only those that vote are targeted with ads, millions and millions more will be targeted hence more money will be required and be spent. Obama doesn’t understand this because he doesn’t understand the private sector or free enterprise (he just wants to constrain and tax it).

Then there’s the issues of enforcement, how and who’s to audit voter participation, and what elections (national, state, or local) in which to mandate participation. There’s either another federal agency or another unfunded mandate waiting in the wings here. 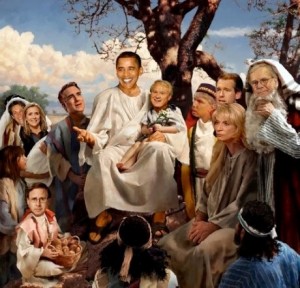 Perhaps if the current administration had brought about a higher quality government, Obama wouldn’t have to have the compulsory voting discussion. Obama, however, isn’t really interested in turnout, he’s interested in his eurosocialist agenda which was soundly defeated in 2014 and if the voters who support that agenda won’t voluntarily vote, then he’ll make them vote.

Like all in the Progressive/left movement, Obama believes that only government can create a Utopia, “a place in which human society, natural conditions, and the like are so ideally perfect that there is complete contentment.” And, in his mind, compulsory voting is the ticket to get America there.

Just ask anyone in Cuba, Iran or North Korea how well mandated voting is working out for them. Then, again, Obama did say that enacting compulsory voting would be a “transformative event”.