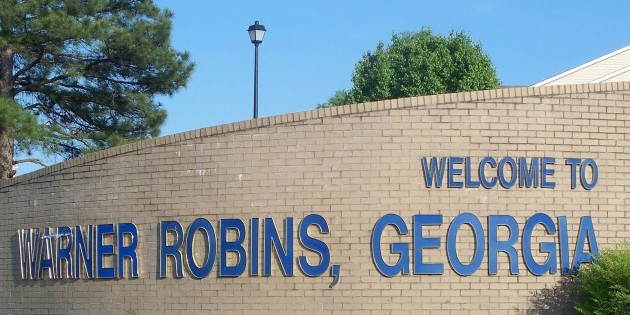 WARNER ROBINS — A city worker contends that a top Warner Robins official made a math mistake but refused to correct it as an arrest warrant was being prepared against the employee.

The Macon Telegraph is reporting that Kenny Allen was arrested in August 2012 on suspicion of stealing fuel because he allegedly used so much so quickly. But now his lawyers in a $500,000 lawsuit against the city say former Public Works Director Joe Musselwhite used the wrong time frame.

The latest filing is a response to the city’s motion for summary judgment, which could end the case. No hearing has been scheduled on the motion.

Nearly three years ago, Allen was working as a crew supervisor for the Public Works Department when he was arrested and charged with theft by taking. The charges were dropped in April 2013. Allen filed the lawsuit last year for at least $500,000, claiming the city ruined his reputation. The other defendants are Musselwhite and Chuck Shaheen, who was mayor at the time of the arrest and is now a City Council member.

Allen’s lawsuit initially claimed a police detective found the theft allegations were baseless but that Allen was arrested anyway. The latest filing claims the detective was given incorrect information by Musselwhite and his assistant, who offered a correct amount of diesel — 4,300 gallons — but gave them the wrong time frame for its use. That dramatically changes the rate of usage for the fuel, which would undercut claims that Allen was stealing.

The lawsuit said Musselwhite “was mistaken in thinking the fuel report was based on a two-to-three month period rather than a five month period,” citing a deposition. Allen’s lawyers, Kelly Burke and Ron Daniels, say Musselwhite never told a detective about the mistake. The detective said in a deposition that she took out the arrest warrant because Allen had been “working the smallest crew but using more (fuel) than twice of any other crew.”

“Musselwhite provided both snippets of information based on flawed data, which he knew was flawed, and with an absolute disregard for the amount of work actually performed by Allen’s crew,” Allen’s lawyers say.

Musselwhite left as public works director to make a failed bid for the mayor’s office. He and Shaheen are being represented by attorneys hired by the city.

The city’s attorneys, Thomas Richardson and Wesley Childs, said in their own filings that the city, Musselwhite and Shaheen are immune to the lawsuit because they were doing their jobs. They also argued against the lawsuit itself, saying Allen never told the city in time that he would claim personal injuries of more than $500,000. Instead, he only demanded back pay and the return of the vacation and sick leave that he used while suspended by the city.

Allen’s lawyers say much of the fuel was used while Allen and his crew worked in Paletta Gardens, a neighborhood between North Davis Drive and Ga. 247. About two miles of piping ultimately was installed there.