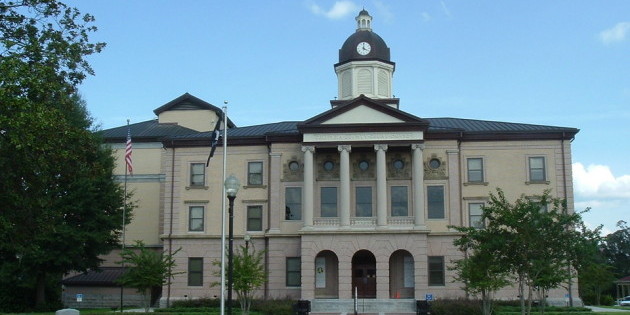 LAKE CITY — One violent incident leads authorities to discover a larger and even more serious criminal operation in Columbia County.

According to a report in the Florida Times Union, a man, Germetrica Church, 25, and woman, Marqui Church, 29, captured in a stolen car in Baker County have led police to an investigation involving the rape and kidnapping of a woman police say escaped the two earlier in the day in Columbia County.

Further, that information has led to police uncovering evidence of a human trafficking operation in Lake City.

The Columbia County Sheriff’s Office reports that the attack on the unidentified woman led to the human trafficking evidence.  So far, only one person has been arrested related to the woman’s attack.

The report states a motorist called deputies to report being flagged down by a woman, the victim, telling the motorist she had been kidnapped, beaten and raped.  Police provided an initial check of the victim and saw evidence of being beaten on her head and neck.  She was taken to Shands Lake Shore hospital for treatment.

The victim had been missing since March 5 after reports were received from her boyfriend and sister.

Police were told the victim had borrowed her sister’s blue Hyundai Elantra on March 3rd to help a friend move.  The sister and boyfriend could not locate her after she failed to return over 2 days time.  Police were not able to use the victim’s cellphone to locate her, either.

Police later learned, according to the report, that while helping her friend, she was abducted by three men and taken to a nearby house.  There, she told police, she was beaten and repeatedly raped over a 2-day period before she was able to escape on Saturday.  She then ran from the house where she had been held.

Later that same day, according to the report, Baker County authorities located the stolen Hyundai and, at gunpoint, arrested the vehicle’s driver and a woman passenger, the Church’s.  Warrants have been issued related to charges of kidnapping and sexual battery, but authorities have not disclosed the specifics of the charges.

Police found the victim’s cell phone and her sister’s credit card on Marqui Church at the time of the arrest.  A toy handgun was found on Germetrica Church, according to the report.

Further investigation and interviews then led police to the 500 block of Grainger Mill Avenue in Lake City, where they arrested James Lauvalle Harris, 20, after being identified by the victim as one of her captors.  He was charged with kidnapping, false imprisonment, sexual battery, theft and maintaining a home for illegal activities.  He is being held at the Columbia County Detention Facility on a bond of $325,000.

Harris was interviewed by police but information from that interview has not been made public at this time as the investigation continues into the operation.  Authorities stated more arrests should be expected.