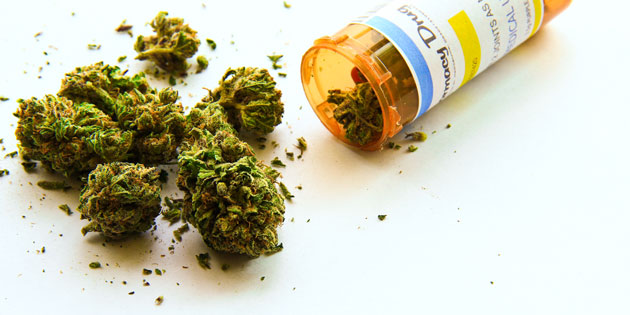 ATLANTA — A state Senate committee approved a bill Thursday that brings Georgia a step closer to joining other states that allow possession of medical marijuana, according to a report from the Macon Telegraph.

Having up to 20 ounces of a liquid form of medical marijuana under certain conditions would not be grounds for arrest under House Bill 1, by state Rep. Allen Peake, R-Macon. It also directs Georgia’s university system to undertake clinical studies on medical marijuana for severe seizures.

“I think that we have successfully accomplished what we want to do in putting these two pieces together,” said state Sen. Renee Unterman, R-Buford, ahead of the voice vote of her Senate Health and Human Services Committee meeting Thursday.

A total of 23 states have viable medical marijuana laws and delivery, according to the nonpartisan National Association of State Legislatures. Another 11 allow possession of a liquid rich in cannabidiol, or CBD, a non-psychoactive chemical in cannabis. It’s the kind of liquid that House Bill 1 aims to put in Georgians’ hands.

Dozens of families seeking medical cannabis filled the hearing room and the hall outside. One was Macon dad Lindsey Crosby. His voice broke during testimony.

“Katie would have been here today but she could not make the hour and 15 minute drive from Macon,” Crosby said of his 26-year-old daughter.

She developed fibromyalgia as a teen, a condition that comes with severe pain. Katie Crosby, a college graduate, can’t work, can’t drive and is homebound.

“We’ve had to lay it in the Great Physician’s hands,” Crosby said.

“All the pain meds we’ve tried her on, none of them work,” he told the committee. “The legal drugs are not working.”

“I had my daughter back for a while,” Crosby said. She could carry on a long conversation, walk, take a shower, visit friends. But since coming back home and coming off medical marijuana, she’s declined.

During the committee hearing, Katie Crosby followed online. “I couldn’t testify today because I was up all night moaning in pain. I couldn’t breathe without wincing,” she tweeted.

Her father begged the committee to legalize the only thing that he said gives his daughter substantial relief.

The House version of the bill includes fibromyalgia in the list of cannabis-eligible diagnoses. The Senate committee declined it.

“Fibromyalgia is a difficult diagnosis, and I think that will make it more difficult to pass,” said state Sen. Ben Watson, R-Savannah, a physician.

Peake said he will confer with his House colleagues to see what they think of a bill that does not include fibromyalgia — and patients such as Katie Crosby.

“These are not some crackpot folks who have psychological problems,” said Peake.

Even without access for fibromyalgia patients, Senate committee passage is “not a small step, but a huge leap,” he said.

The bill comes with other conditions already approved by the state House.

Any would-be user must have one of eight diagnoses. The first is cancer, either end-stage cancer or when a cancer treatment causes wasting or nausea. The others are: Lou Gehrig’s disease, multiple sclerosis, Crohn’s disease, mitochondrial disease, Parkinson’s disease and sickle cell disease. Then they must get the medical marijuana someplace where it is legal, such as Colorado. The liquid can have a maximum 5 percent THC, the psychoactive ingredient in marijuana.

Peake said two Colorado companies are preparing to ship that kind of lab-tested CBD oil to Georgia if possession is decriminalized.