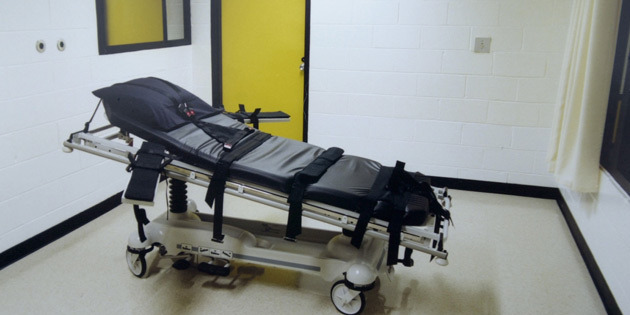 Terrell’s mother was a close friend of the victim, John Watson, and Watson had also been friendly with Terrell. Shortly after being paroled from prison on other charges, Terrell stole ten checks from Watson and began using them.

On June 20, 1992, when Watson discovered that his checks had been stolen and learned that Terrell’s name had been signed on some of them, he informed Terrell’s mother and summoned a sheriff’s deputy. Watson gave a report to the deputy, but asked the deputy not to pursue the case yet. Watson then agreed with Terrell’s mother not to press charges if Terrell returned a significant portion of the stolen money by the following Monday morning, June 22, 1992.

Terrell and his cousin, Jermaine Johnson, checked into a hotel on Sunday night, June 21, 1992. The next morning, Terrell directed Johnson to drive him to Watson’s house. Terrell got out of the automobile at Watson’s house carrying a pistol. Johnson drove away, and witnesses observed a person, who matched his description in various ways and who was alone, driving around, at a convenience store, and back at the hotel.

Johnson drove back to Watson’s house later as Terrell had directed and picked him up along the road in front of the victim’s house. Terrell had Johnson open the hood of the automobile to create the appearance that it had broken down. Terrell still had the pistol, and he told Johnson that he had shot someone. Terrell and Johnson then returned to the hotel, checked out, and went shopping for clothes. Terrell then took his son to the zoo, where he disposed of the pistol. When Watson missed his dialysis appointment, a search began for him at his house.

Evidence found at Watson’s house after he was discovered missing showed that, during the murder, Terrell hid at the corner of Watson’s house waiting for him to come outside to go to his dialysis appointment. Terrell then fired repeatedly at Watson, though the initial shots all struck the driveway, possibly because Terrell had a defective wrist that caused his hand to point downward when raised.

One shot, however, ricocheted up and struck Watson in the back of his thigh. Terrell then reloaded and continued his attack. Terrell overtook Watson, struggled with him, shot him three more times, dragged him across the lawn to a more secluded area, and beat him brutally about the face and head, breaking bones in his jaw, nose, cheek, forehead, and eye socket and knocking out some of his teeth. The beating was so severe that bone penetrated into the victim’s brain.

Evidence in the sentencing phase showed that Terrell had previously participated in a home-invasion robbery against drug dealers at an apartment in DeKalb County in 1990. According to Terrell’s confession in that case, the robbery involved the use of guns, and the female victims were ordered to strip and were bound in a closet while the male victim was placed underneath a sofa. An automobile was also taken in that crime.

An officer with the Newton County Sheriff’s Department testified about a separate incident that Terrell had been involved in after his arrest for Watson’s murder. The officer testified that in 1994 in a pre-trial holding cell, Terrell approached him, said that he was going to rape the officer’s daughter, and smiled. Testimony also showed that Terrell set a fire at the Newton County Jail in 1994.

Terrell was subsequently indicted on one count of malice murder and 10 counts of first degree forgery.

Terrell’s first trial ended in a mistrial.  His second trial resulted in his conviction and death sentence, but due to a jury error, his conviction was overturned.

A third trial was then held in Walton County, a change of venue from Newton County.  Again he was convicted and the death sentence recommended.  He exhausted his appeals on December 1, 2014.