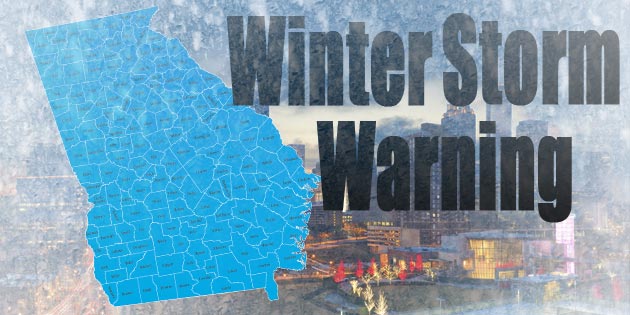 ATLANTA  — Forecasters are warning of the potential for 3-6 inches of snow across north Georgia.

The National Weather Service early Wednesday that higher amounts would be possible in higher elevations of the north Georgia mountains. The agency said a winter storm warning remains in effect from late Wednesday morning through Thursday morning.

Governor Nathan Deal declared a state of emergency and ordered state government offices in the region to close by noon Wednesday.

In metro Atlanta and elsewhere, several school systems also closed ahead of the storm.

A low pressure system off the southeastern U.S. coastline was expected to bring a wintry mix of rain, snow, sleet, and freezing rain to portions of the eastern Carolinas on

Wednesday evening before quickly moving offshore, according to the weather service.