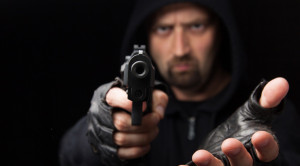 CONLEY, GA – A postal worker was shot and robbed in Conley, GA on Friday night.

According to authorities, the postal worker was shot, and then the gunman took off with the postal truck. The robber is believed to have robbed the truck for Christmas presents.

Since the robber targeted a postal truck, they will be charged on Federal charges. Federal officials are now offering as much as a $25,000 in reward money for information about the robbery.