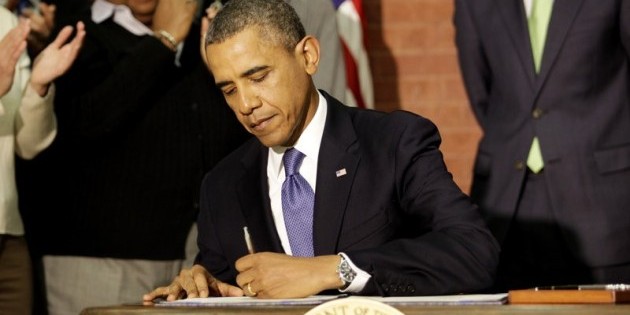 Earlier this month, June 15th to be exact, Western democracy celebrated the 800th anniversary of its birth. The event taking place on that date in 1215 was intended to resolve a spat between a king and his barons but, as is often the case with the law of unintended consequences, it spawned a new era in political thought.

On that date the Magna Carta (“Great Charter”) was signed in Runnymede meadow, the halfway point between Windsor Castle, where King John held forth, and Staines, where some very unhappy barons were encamped. It seems that John had deviated from the customary practice of seeking the advice of the barony prior to imposing or hiking new taxes, tariffs, fees, fines, what have you. He also exercised a rather free hand in imprisoning or confiscating the lands and possessions of those that disappointed him.

King John took the position that he had a quill and a messenger network with which to communicate his edicts and, therefore, should the barony become inconvenient to his agenda, he would utilize those tools. 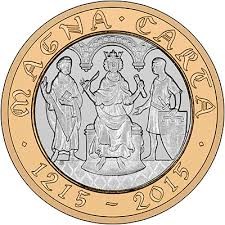 The barony didn’t see things quite that way. By the time 1215 rolled around the barons had had enough of John’s impulsive actions and total disregard for justice and custom. They drafted up a list of complaints about his unjust taxation and disrespect for the feudal system, a system which provided John with the money and soldiers needed to fight his wars.

The barons suited up, camped at Staines and called for a meeting at Runnymede to discuss matters. If John didn’t sign, then the barons could make things difficult.

But the “Great Charter” did more than that. To bring John back to heel, the Magna Carta put limits on the king’s power. Voila! The concept of limited government, of governing by law rather than the “untrammeled will of the strong” (as George Will puts it), was born. Never before in history had a reigning sovereign accepted limitations on his authority and that he was subject to the law of the land.

The Magna Carta, with the establishment of a council to see that its terms were followed, incubated the concept of lawmaking by a deliberative body rather than royal decree. The idea grow over the next 575 years culminating in the Constitution of the United States.

It was expanded by the adoption of the principle of judicial review in 1801 when the Supreme Court of the United States, created under that Constitution just twelve years earlier, declared that the laws passed by the newly created government’s legislature, created in the same document, were subject to the limitations of authority contained therein and could be nullified. 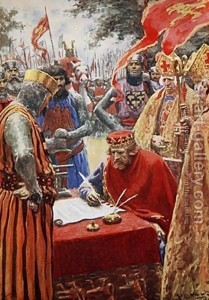 Chief Justice Marshall’s opinion in Marbury vs. Madison established the rule of judicial review as an essential tool in the workshop of the Constitution, a governing blueprint based on a tripartite government operating within a sphere of checks and balances.

The concept or idea of a self-created government imposing limitations of power on itself is sheer genius. And previously unheard of.

But in January, 2014 that idea got turned on its head by President Obama: “I’ve got a pen to take executive actions where Congress won’t, and I’ve got a telephone . . .”

So here we sit 800 years after the signing of the Magna Carter, and 226 years after the implementation of the Constitution, with a president copping a King John attitude.

Obama chafes at the rule of law idea as well as its expanded application of limited government.

When Congress refused to go along with his cap-and-trade bill, Obama ordered his EPA to write regulations implementing the provisions to the detriment of the coal industry. When the Supreme Court ruled against water regulation rules sought by the EPA to control intrastate bodies of water, Obama ordered his EPA to draft up regulations imposing federal jurisdiction anyway. The pattern continues with his NLRB’s disregard for Congress’ actions regarding “card check” and Obama’s FCC taking control of the internet, flaunting a court ruling against such regulation.

Today’s barons are numerous states, citizens and Congress. They have suited up with dozens of court challenges to this administration’s, today’s King John, egregious overreach and rule by executive order. That the plaintiffs in these lawsuits feel the need to bring them in the first place speaks volumes about this administration and its skewed view of the Constitution. And it just ain’t right.

Forget policy; forget left and right; forget partisanship. But remember the importance of Runnymede in 1215 and the 800 year struggle for the rule of law and limited government.

Gary hosts his own blog at www.garywisenbaker.com and recently published his first fictional work, “How Great is His Mercy: The Plea”, on Amazon.com. His opinions are regularly published on ValdostaToday.com.