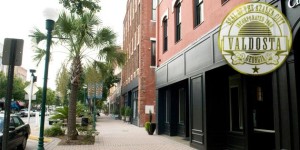 VALDOSTA, GA – The City of Valdosta will be inspecting for the cause of potential cross connections between the storm water and sanitary sewer systems in downtown Valdosta, on Wednesday, Feb. 12, between 8 a.m. and 3:30 p.m., weather permitting.

This issue was identified by the recent smoke testing performed in the area. As a result, the City of Valdosta Utilities Department will use closed-circuit televising in downtown sewer mains and storm drains to identify and document potential cross connections between the two, as well as develop associated repair plans. This is not an issue that affects the city’s utility customers; it only affects the city’s collection systems, which are designed to keep stormwater and sewer separate.

The necessary work may impact downtown traffic on the following streets:

Utility crews will be in the roadways at times, while the inspections are being performed. Safety precautions will be taken, and traffic control devices will be in place during these times. As always, motorist traveling in this area are urged to slow down and use caution.