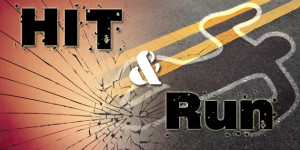 BROOKS COUNTY, GA – The Georgia Bureau of Investigation has released the name of the suspect in a hit and run that occurred on January 1, in Brooks County.

Investigators say 25 year old Quinton Childs got into an altercation at a gathering of family and friends Tuesday night at a home off of Pleasant Hill Church Road right outside of Pavo. Childs left the home around 1:30 a.m., and then struck Hubert Daniel Sutton, Jr, 61 and Matthew Sutton, 27. Upon arrival, Brooks County Sheriff’s Office discovered Hubert Sutton Jr had been killed as a result of being struck by the vehicle. Matthew Sutton was taken to Archbold Memorial Hospital in Thomasville to be treated for his injuries.

Childs is being charged with aggravated assault and felony murder. He is currently in Brooks County Jail.