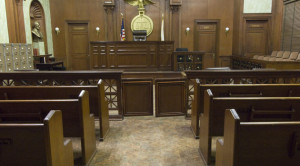 THOMASVILLE, GA – A Grand Jury in Thomas County has thrown out seven felony cases. Lt. Tim Watkins of Thomas County Sheriff’s Office said four of the cases had suspects who confessed or were caught in the act. One case involved 26-year-old Kerianne Johnson who admitted to having sex with a 14-year-old boy. Jami Lewis, Johnson’s attorney, says she understands why law enforcement is upset, but she agrees with the decision reached by the Grand Jury.