TALLAHASSEE – The Trolls LIVE! tour will be at the Donal L. Tucker Civic Center in Tallahassee, FL on July 19.

Tallahassee, FL – Get ready for another hair-raising adventure when Poppy, Branch and all their Trolls friends come to life on stage in Trolls LIVE! Jam-packed with epic music, glitter, humor and happiness, Trolls LIVE! will visit the Donald L. Tucker Civic Center, July 19th at 6:00 pm and July 20th at 6:00 pm for 2 Trolls-tastic performances.

Ticket prices start at $17.00 and go on sale Friday, April 1st at 10 am. All ticket prices are subject to applicable fees. A limited number of tickets are available for the Trolls LIVE! VIP Package. VIP Package perks include premium show seating, a souvenir lanyard, and an after-show photo op with your favorite hosts, Poppy and Branch! Tickets are available online at www.tuckerciviccenter.com or at the Donald L. Tucker Civic Center Box Office Monday through Friday 10 AM to 5 PM.

The journey begins when the Trolls’ Hug Time is unexpectedly put at risk. Knowing the only way to save it is by doing what the Trolls do best, Poppy hosts a toe-tapping, Trolls-tastic show! Poppy, Branch, Cooper, Cloud Guy, Satin and Chenille, Smidge, Guy Diamond, Fuzzbert, Biggie and Mr. Dinkles invite you into the colorful world of Trolls Village for this interactive performance only the Trolls can create. This is one Trolls party you won’t want to miss!

The world of the Trolls comes alive in this totally interactive, story-rich musical celebration of everything the Trolls love – singing, dancing, rainbows, glitter and plenty of hugs. The extravaganza utilizes the latest in scenic projection, puppetry and media technology, and features a host of special effects and interactive surprises. Trolls LIVE! includes two acts with an intermission and will enchant both children and adults alike with its popular Trolls show-stopping songs, as well as introduce audiences to all-new electrifying Trollsmusic and choreography.

Since the launch of the DreamWorks Trolls franchise in 2016, audiences across the globe have been transported into the Trolls’ joyful world, teaming with big hearts, hair-raising comedic adventures and award-winning music. Starring Anna Kendrick and Justin Timberlake and featuring a dynamic cast of actors and some of the most acclaimed musical artists in the world, the Trolls films – 2016’s Trolls and 2020’s Trolls World Tour — have sung and danced their way to blockbuster success, earning an Oscar® nomination for Best Original Song and fueling one of the largest and most beloved global entertainment brands. 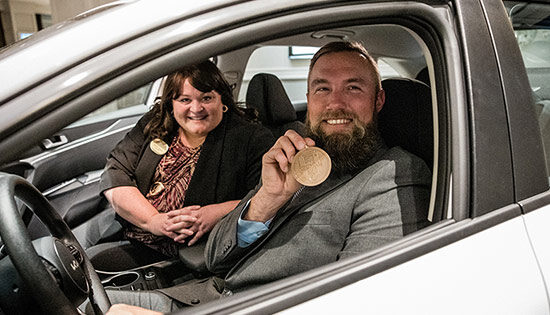