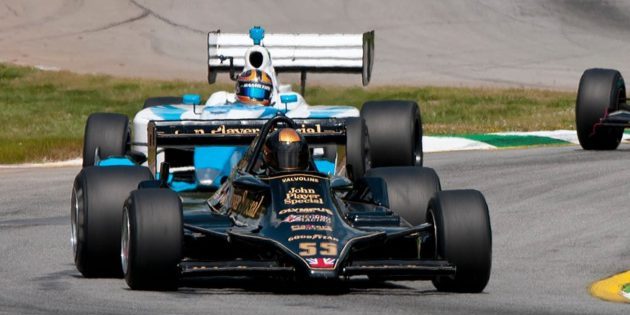 ROAD ATLANTA – Decades of classic sports racing machines descended on Road Atlanta near Braselton for an incredible weekend of speed and history.

Organized and sanctioned by Historic Sportscar Racing, the nation’s premier historic racing organization, The Mitty is an annual event that still brings excitement, speed, and some of the world’s best historic race cars together.  The event began back in 1978 by a handful of local racing enthusiasts looking for a safe venue to run their cars at race speeds.  It took hold and soon after the editor of the Jaguar Marque declared the festivities the Great Walter Mitty Challenge, after the famous James Thurber short story.  The Mitty was born. 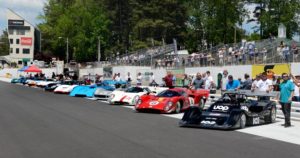 This year’s edition again demonstrated why the event is so popular for both race car owners and fans alike.

Think this is a beauty pageant for old race cars to stroll around the track?  Or maybe a Concours event on a golf course fairway?  Think again!

Despite the fact that most of these cars could earn mid-six figures at auction due to their historical significance and pedigree, all are run flat-out, to the total joy of the throngs in attendance.

The event featured Ford-powered race cars which meant a treasure of opportunity to see some great machines.  There hasn’t been many race car builders who, at some point or another, hasn’t used a Ford race engine.  In addition to the array of Ford Mustang Boss 302’s, Trans Am racers, and other Fords running (there was even a Pinto), as well as the famous Ford GT40’s that conquered the might of Ferrari and Le Mans in the ’60’s, you also were treated to various manufacturers that ran Ford engines, like Lotus, Sunbeam, and even a Morgan. 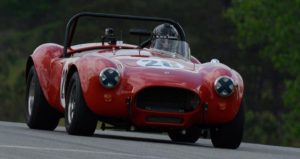 But this weekend wasn’t just about Ford.  It also featured the 50th anniversary of Can Am, the glorious series started in the ’60’s and saw an unlimited formula with cars running above 1500 horse power.  These cars, built by McLaren, Lola, March, and other famous makes, actually ran at the Road Atlanta course in their heyday.  Once again, these incredible beasts roared around the fast undulating circuit bellowing their engined-might. 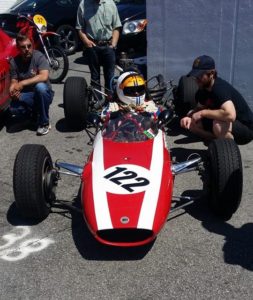 But that wasn’t all.  In addition, the Masters Series of classic open-wheeled cars were on hand, including Formula 1 cars from the ’60’s to the ’90’s, GP2 cars, Indy Cars, and Indy Lights.  Those who love the speed and power of Formula 1 would have teared up at the sight of a ’60’s Cooper on the same day you were treated to a 1990’s Benetton Renault Formula One car roaring at close to 180 mph toward turn 10.  Granted, the owners had to replace the original Renault engine with a Judd racing engine for reliability sake, but the experience was still phenomenal.  On hand, too, were 3 Lotus F1 cars, an Arrows, and other marques.  Nothing sounds like a Formula 1 car at full throat, running down a stretch.

But the best part of attending an HSR event like the Mitty is the opportunity to stroll through the paddock and see these wonderful machines up close.  Better, most of the drivers, owners, and mechanics are more than happy to share the history of their cars with you.  They take questions from young and old alike.

Springtime in north Georgia is a beautiful time of the year, whatever you do.  But to be at the historic Road Atlanta circuit, site of years of racing heritage including everything from Can Am to the Petit Le Mans, and watch these machines roar around this circuit, is truly a bucket-list caliber event.  Better, it happens every year.

To learn more about The Mitty and other historic races in the Southeast, visit www.hsrrace.com for a full schedule of events.