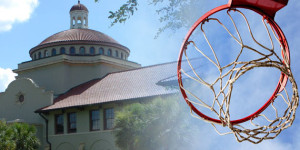 VALDOSTA, GA – Valdosta State will continue its 2013-14 basketball schedule as the Blazers host Lee at The Complex Saturday at 8:00 p.m.

Valdosta State has not played in a week. Due to the weather, Tuesday’s game at West Florida was postponed. The Blazers come into the game against Lee with a record of 11-5, including a 5-5 mark in GSC play.

VSU is lead by senior forward David Murray, the reigning Gulf South Conference Player of the Week. Murray is averaging 12.8 points and 9.8 rebounds per game, but in the last four games he has averaged 18.3 points and shooting 75.0 percent.

Valdosta State is shooting 43.1 percent from the floor, including 36.0 from beyond the three-point line. The Blazers have averaged 12.1 turnovers per game for the season.